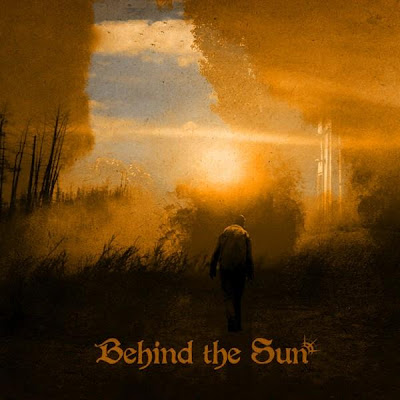 Straight Out of the Israeli badlands come Behind The Sun, a quartet with influences ranging from Progressive Rock to Metal to Grunge. Born on the edges of the Negev Desert, Behind The Sun bring the arid beauty and complexity of their homeland to their collective sound. Behind The Sun, the band's full-length debut, finds Behind The Sun stepping up to the next level trying to craft an international presence for themselves. The album itself is a mixed effort with mostly positive results.

Behind The Sun opens with Second December, a six minute epic mixing Prog, Classic and Lyric Rock styles. Significant variation in keys, meters and polyrhythmic drumming make this an interesting listen. Wishful Thinking is built around a great progression and melody line. There's significant life and movement beneath the surface, with Dan Levy nearly stealing the show at times on bass. Front man Gad Erez churns out a lot of repressed anger with his voice, and the guitar work is exquisite. Still is a big, rambling Prog tune that sounds like Live meets King Crimson. Running Water hits the flood line with a galloping Prog tune featuring some pretty severe guitar work. The motion and sound here are phenomenal.

Behind The Sun goes for a Music Noir feel on The Professionals; a bit dark and disturbing but interesting and very well written. October '77 runs a close 2nd for best song on the disc. This highly textured yet smooth instrumental features guitar work reminiscent of Pat Metheny. Behind The Sun closes out with Strong Wind, vacillating between dreamy, lazy sounds and an active, complex musical experience. It's an apt closer, but perhaps a bit overdone at eight-and-a-half minutes.

Behind The Sun goes Metro Retro on their self-titled debut, blending Classic and Progressive Styles with techniques and sounds drawn from today's Modern Rock. Behind The Sun is an album that flirts with greatness at times but never fully gets over the wall. In the end we are left with a very, very, very good album that portends great things for the future. There's more than enough here for Behind The Sun to step confidently onto the international stage.

You can learn more about Behind The Sun at www.myspace.com/behindthesunmusic. You can purchase Behind The Sun as a download from AmieStreet.com.
Posted by Wildy at 5:00 AM