Review: Every Boy - The Last Lala's 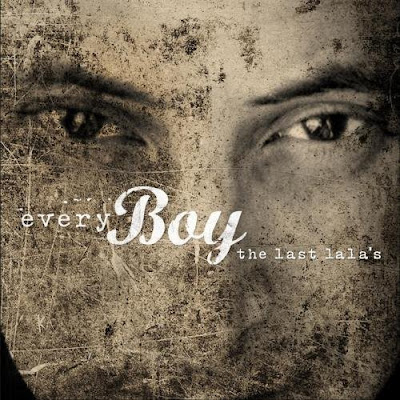 Every Boy opens with Life Is For Living, an interesting tune about the important things in life. Every Boy's vocal delivery is somewhere between Peter Gabriel and James Blunt here. The most enjoyable song on the disc, Im2b, is highly catchy with a Beatles-inspired sound. Im2b has real potential as a single; infectious enough to catch hold on the radio with the right break. Every Boy treads the path of relationship insecurity on Would You Still Love Me?; exploring all of the things he could do or become and asking whether his beloved would still love him. The vocal line gets lazy here, with Every Boy sliding around notes like they were theoretical concepts. Chinese Wine sounds like a Frat house rant, falling prey to its own repetition. Every Boy makes a positive turn on Keep On Keeping On, displaying strong Pop sensibility and a sing-a-long chorus. Lyrically there are some awkward moments, but the song is so catchy you won't care. Every Boy says goodnight with Unturn Every Stone, a ploddingly melodic tune that perhaps takes a bit too long to get where its going but isn't bad for all that.

Every Boy hits a couple of high moments on The Last Lala's, but spends much of the album mired in mediocre energy and an easy going approach that fails to reach out to the listener. It's clear that Every Boy has the talent to write and play great music, but too often on The Last Lala's easy choices beget easy music, resulting in songs that slip away from the mind easily once they're done. Take what you can from The Last Lala's and see what Every Boy comes up with next.

You can learn more about Every Boy at http://www.everyboy.net/ or www.myspace.com/everyboyrocks. You can purchase The Last Lala's as either a CD or Download from Amazon.com.
Posted by Wildy at 5:35 AM

Thanks Wildy! I really appreciate your taking the time to give such close scrutiny to 'the last lala's'. I'm really glad you liked what you did. I can't wait for you to hear the new material, hoped for Christmas release. More soon. All best, eb