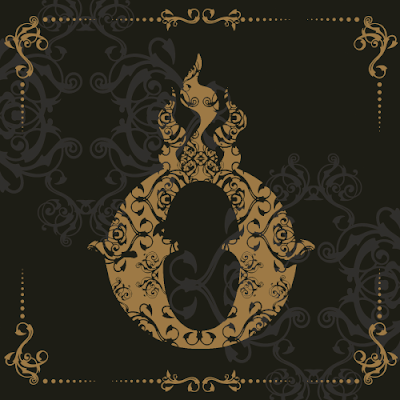 When we undertook reviewing En Busca De Eldorado last year we'd never heard of Eldorado before. Working primarily in Spain, El Dorado is something of a mystery West of the Atlantic and East of the Pacific, but that's not going to last. El Dorado is firmly rooted in a classic rock sound of the 1970's and 1980's, but with fresh songwriting and an approach welcome in commercial circles in 2009. The band's passion and sound drew in producer Richard Chycki (Aerosmith, Rush, Mick Jagger) for En Busca De Eldorado, and he returns to the production chair for Eldorado's sophomore album, Golden.

Golden opens with La Casa De Las 7 Chimeneas, an upbeat rock tune that reminds me a bit of the 1990's rock band The Men. Eldorado then launches into a bit of insanity in the form of a driven Rock N Roller with a classic bent. The song is a fun listen but you better be holding on. Atlantico is a sneaky song that sounds simple and straightforward the firs time through; but the more you listen the more the song opens up and reveals a deeper complexity that sucks you in. While not the best songwriting on the disc, I Don't Need No Doctor is a good, old-fashioned tail-kicker that's certain to get packed houses to their feet. El Desertor comes in a close second for best writing on the disc with it's laid-back Pop/Rock, but gets knocked out of the box by La Gran Evasion. If there's any one song on the disc that could make a real run at Modern and Classic Rock charts it's this one. Tarot TV is an odd musical diversion featuring the most wicked guitar work on the disc and leads into the closing number, Meteoro. Meteoro is a decent enough tune, but was perhaps not the best choice as a closing number. The song is almost anti-climactic after all that's come before.

Golden opens up a can on listeners and they'll be coming back for more. This is a band ready to break and break big; all it takes is the right marriage of opportunity and luck. Everything else is in place here. Vocalist Jesus Trujillo is an ideal front man, and Eldorado is as tight as a band can be. They'll be touring Spain in support of Eldorado this Fall and Winter, with a sojourn to the United States in the spring. Catch them when they come to town!

You can learn more about Eldorado at http://www.eldoradorockband.com/ or www.myspace.com/eldoradorockband. You can purchase Golden through Eldorado’s website.
Posted by Wildy at 5:10 AM