Review: Glenton Davis - Are You Ready 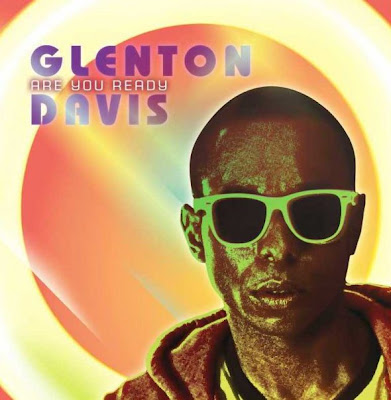 Glenton Davis may have been born with a silver spoon in his mouth, but the man can play and sing. The veteran of The Taft School and Yale University started out his professional life at J.P. Morgan in New York City, surviving the financial crisis of 2008 while plying his musical wares in Manhattan clubs. As luck would have it, some radio stations in Canada picked up his song Get On The Floor, helping to peak at #475 on the top-500 Canadian AC charts. This helped Davis some to the decision to pursue music full time. Leaving the financial world, Davis worked with French drummer/producer Julien Mannoni to craft his next EP, Are You Ready. Along the way, Davis has worked with songwriter Tomi Martin (Michael Jackson, TLC) and super-agent Jim Halsey. His influences include Stevie Wonder, Michael Jackson, James Brown and The Isley Brothers. Are You Ready is set for an April 22, 2010 release in the US, and will mark the US debut of Get On The Floor.

Are You Ready opens with the radio edit of Get On The Floor. Davis' voice is decent enough, but a bit too soft to project the iconic image that would drive what is essentially a slightly above average dance tune on to bigger and better things. Get On The Floor has a solid dance beat, but isn't overly memorable. An Extended Club Remix follows, clocking in at 8:12. The effort would certainly gain some traction on the club scene, but once again, Davis just doesn't project the sort of persona here that would really drive the song. She Don't Have To Know has a base arrangement of bass and percussion; Davis blends horns and synth around the middle at times to fill out the sound in a song about engaging in an illicit relationship. Davis shows off his pipes here in a performance that reminded me a bit of Stevie Wonder. Davis can't quite carry tunes with the conviction Wonder manages, but he has a similar range and willingness to step outside the Pop box and take the occasional risk. Davis closes with Dangerously In Love 2, a lovely ballad likely to appeal to the hopeless and Hopeless romantics out there. Davis does some vocal gymnastics trying to marry the overpopulated lyrics of the chorus to the more economical melody, which does become a bit distracting, but the song itself is a solid effort that could stand up next to a lot of the contemporary ballads on Urban and Pop radio.

Glenton Davis perhaps might rise to the level of his mentors and heroes. For now, Davis is a solid songwriter with a good ear and a pleasant voice. He doesn't show the vocal personality or extremity of talent on Are You Ready to take on an iconic shadow on CD or stage, but has enough of each to be intriguing. Get On The Floor may have had modest chart success in Canada, but it's Dangerously In Love that likely has the most commercial potential on the EP. I'm sure this isn't the last we've heard of Davis.

You can learn more about Glenton Davis at www.glentonmusic.com or www.myspace.com/glentondavis. Are You Ready drops April 22, 2010. Keep checking Davis’ website for more information!
Posted by Wildy at 6:48 AM

Here, I do not actually consider it is likely to have effect.