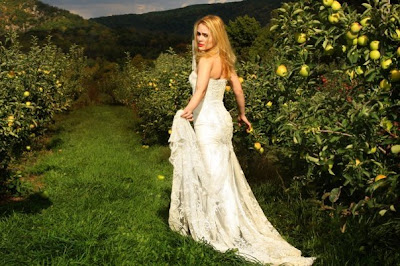 Michal Towber made her national debut in 2000 on Columbia/SONY records with Sky With Stars, an under-appreciated and under-promoted album that wasn't as accomplished as the music Towber creates today, but was certainly indicative of the talent that Towber possesses. The Ashkelon, Israel-born and New York City raised singer/songwriter/lawyer has had her highlights over the past decade, including performing at the Rock N Roll Hall Of Fame, having songs featured in movies and television and playing with the likes of Soul Asylum and Patti Rothberg. Towber has been nominated for six Emmy Awards for her television score work and won one, but it's as a singer/songwriter that Towber continues to find the closest expression of herself. This has never been more apparent than on her most recent album, Lifesblood.

Lifesblood kicks off with "Get A Life" a kiss-off song for the 21st century. The sonic mood here is definitely low-fi with a gritty feel, and is contrasted with a melody that is virally catchy. "Break Up Song" builds on the theme with a more adult kiss-off song. Where "Get A Life" seems off the cuff, "Break Up Song" is emotional and powerful. "Here We Go" has a resigned feel to it that pervades the song; a quality that nearly turns on Towber and the listener. Towber draws on the theme of the Great Flood (i.e. Noah's Ark) in "Weather The Storm", using it as a fable to outline the abiding power of love. The songwriting here borders on awkward, but it's the awkwardness of a songwriter stretching herself beyond her comfort zone. It's an exciting step forward as a songwriter and performer.

Towber goes a bit bubblegum with a hard edge on "You Slay Me"; this isn't likely to be a fan favorite but may work well in a remix as a dance club tune. "Nothing Makes Sense" is an emotional whirlwind of unrequited love and obsession. Stark and emotionally profound with a deep sense of yearning, the confusion that rains on "Nothing Makes Sense" is something we've all experienced either ourselves or through the eyes of another. The melody here is beautiful, and the entire arrangement has a theatrical feel. "Oceans Of Wine" finds Towber changing the pace with a bluesy, piano-based song with an almost classical air. Towber pulls the song through its paces as it morphs into a refined rocker with some great dirty guitar work. This is Towber's best vocal performance on the album, and "Oceans Of Wine" is very competitive for best songwriting.

The other candidate in the songwriting category is "The One", a speculative love song that is stark and lonely in its inclinations. The narrator here speaks of beautifully of love but is tortured by a question that's never posed but lies at the heart of the song. There's a definite theatrical feel here; the song itself has stage presence, and you could imagine it being central to a show. Nola you just have to listen to if you want to begin to understand. Towber weaves the sounds of New Orleans around a dark tale that references Anne Rice's Interview With A Vampire as well as Sting's musical paean, "Moon Over Bourbon Street". Lifesblood closes with "Not Dead Yet", a song about not letting up in the face of the world's opposition to you being who you are. "Not Dead Yet" is well intended, but simply doesn't work as well as much of the rest of the album. It's certainly an awkward close to an otherwise strong effort.

Michal Towber has taken her lumps in the music industry, but always finds a way to succeed and continue doing what she loves. A dynamic performer who combines a model's aura and sophistication with a girl-next-door awkwardness that is endearing, Towber lives through her songs, displaying heart, emotions and persona through her songs that just can't be created, but is borne of real experience and honest songwriting. If this means a few awkward moments here and there then so be it. Lifesblood is aptly named. It's not a perfect experience, but it's one that will suck you in and keep you coming back.

Rating: 3.5 Stars (Out of 5)
Learn more about Michal Towber at http://www.michalmusic.com/ or www.myspace.com/michaltowber. Lifesblood is digital only, and available through iTunes.
Posted by Wildy at 6:25 AM

Thank you for the great review, Wildy!

Love the album. Thanks for the thoughtful review Wildy.