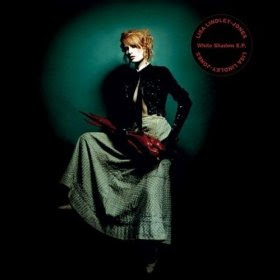 London’s Lisa Lindley-Jones engages us in seemingly free-form folk songs that are musical stream of consciousness songs. Bare bones instrumentation and Lindley-Jones' enigmatic voice will either hold you on the edge of your seat or turn you off completely. That's not a knock on Lisa Lindley-Jones, I just sense that she will be an acquired taste. Those who have or acquire the taste will love what she does, but some just won't get it. Her debut, White Shadow E.P. charts course for unusual territory in pop music, and may just turn out to be highly rewarding.

StepBack frames Lindley-Jones' voice against a musical backdrop of soft pastel chord changes and cascading melody. Her voice is not one I would describe as pretty, but has a beauty to it that is both striking and severe. Killing Song is a morbid musical poem that is vaguely unsettling. Let It Slip is a song full or pretty harmonies that seems to be a romantic come-on song. This is probably the best song on the disc. The EP closes with Lazy, which has the energy to match the title.

Lisa Lindley-Jones has an unforgettable voice and a unique, quirky writing style. She has definite talent as a songwriter, but these songs kind of wither on the vine at times. For all that is interesting or unusual in this set, the energy level throughout is a half-step above breathing. Even the occasional change in dynamic would spice up the disc and let it fly. White Shadow E.P. is interesting as a stylistic study and shows distinct potential from Lisa Lindley-Jones, but may be hard pressed to find a significant audience.

You can learn more about Lisa Lindley-Jones at http://www.lisalindleyjones.com/. You can currently purchase the EP as a download through Amazon.com.