CD Review: The Hippocrites - In Rock N Roll We Trust 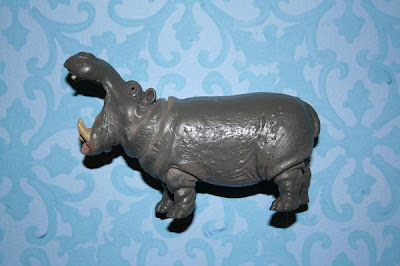 The Hippocrites hail from New Haven, Connecticut. The band is comprised of Jesse Como (guitar/vox) and Thomas Friedmann (guitar/vocals/organ). They are a young up and coming band with a release due this fall on Dirt Floor Records. In Rock N Roll We Trust is a demo they are using to get heard, and if you can land a copy it’s worth the effort.

In Rock N Roll We Trust is a snapshot of a band with strong roots in classic and jam rock. Falling somewhere in the divide between Bog Seger and The Counting Crows, The Hippocrites have an instantly familiar yet enigmatic sound. Hurricane is pure Silver Bullet Band, whereas Rock N Roll has more of a 1990's sound to it. A Little More Time is an enchanting tune that reminisces about falling in love on a summer's night while asking for more time to make things work. The cricket sounds are great theater but do become a bit distracting after a bit. This is unfortunate because the song itself really doesn't need the effects; it stands up quite well on its own.

In Rock N Roll We Trust is an uneven three song EP that gets better as it goes. The first two songs sound rather like someone else, whereas on A Little More Time The Hippocrites seem to really find their own sound, and it's a good one. I strongly recommend the Hippocrites as a band to keep an eye (ear) on. A Little More Time is definitely required listening.

For more info on The Hippocrites check out www.myspace.com/thosehippocrites. Keep checking back for a release date on their to-be-named full length debut. In the meantime, if you were to send them a message through MySpace you might be able to talk them into selling you a demo (It’s worth a shot).
Posted by Wildy at 5:00 AM