CD Review: Josh Rouse - The Best Of The Rykodisc Years 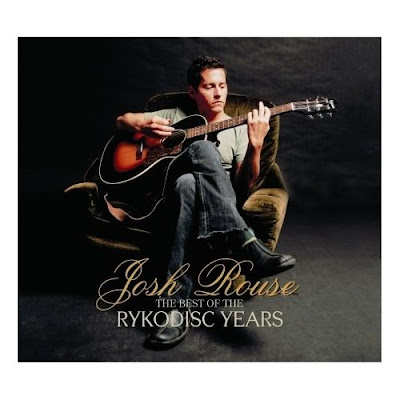 Josh Rouse - The Best Of The Rykodisc Years
2008, Rhino Records

Josh Rouse was a "military brat" who was born in Paxton, Nebraska and wound up settling in Tennessee. The lifestyle of a military family is one of regular moves, many schools (for the kids) and vague or incomplete social ties. It's the sort of lifestyle that can breed artists and musicians quite easily: kids who find it easier to stay in their rooms and play the guitar than continually going out to meet new people. I don't know if this was quite the circumstance with Josh Rouse, but it would explain the volume and quality of songs he's written over the years. Rhino Records decided to memorialize the best of Josh's recordings with Rykodisc in 2008, and the double-disc The Best Of The Rykodisc Years is the end result.

Josh Rouse has a penchant for mellow, slightly depressed sounding songs, but manages in spite of this to always imbue a high level of energy into each one. This is a very difficult skill to master, yet for Rouse it seems almost natural. Rouse does manage the occasional hook-filled folk/pop number now and then, such as Late Night Conversation. Another mid-tempo song that jumps out from this set is Dressed Up Like Nebraska. This is my favorite song from the set thus far. Under Cold Blue Stars brings an electronic sound to the collection as is an unexpected yet delightful change of pace.

Ugly Stories is a mellow-pop classic, and 1972 does all it can to convince us that the true singer-songwriters aren't all gone. Other highlights include Rise; Winter In The Hamptons; A Night In; Sad Eyes and Princess On The Porch.

Josh Rouse started out as Indie, went to a major label, and is now Indie again. Along the way he seems to never have lost the power and freedom that is evident in his songwriting. Josh Rouse's easy deliver allows him to deliver significant ideas that slip in past your defenses and wallop you at just the right moments. The Best Of The Rykodisc Years is a must-own collection of the best of Josh Rouse. See how he shines.
Rating: 4 Stars (Out of 5)

You can learn more about Josh Rouse at http://www.joshrouse.com/. You can pick up a copy of The Best Of The Rykodisc Years at Amazon.com or at most major music retailers.
Posted by Wildy at 5:00 AM