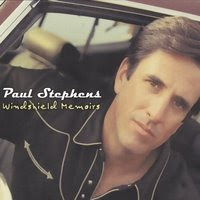 Paul Stephens plays a feel-good brand of country that is refreshing and familiar. It reminds me of recordings released several years ago by Paul Gross (Due South) and David Keeley (Broadway's Mama Mia). Stephens even sounds a bit like Gross vocally. 2008 sees the release of Stephens' Windshield Memoirs on Woodshed Recordings. Get your kickers on and get ready to whoop it up!

Windshield Memoirs opens with the rockin' Small Packages, a testament to the idea that opposites attract. This is a radio-ready hit waiting to happen. Nashville Rain sticks to the country formula, but as played by Bruce Hornsby. Cowgirls and Cowboys has some of that southern rock feel to it. It's a little more rock and roll than country, but quite enjoyable. I highly recommend Catching Feelings, which is another strongly commercial song on Windshield Memoirs. Other highlights include Nothing I Can Talk About, Herrin, They Have It All and the tearjerker Annie's Ashes.

Paul Stephens has a pleasant voice with a medium timbre that is easy to listen to. He's a plus songwriter who has a keen ear for melody. In Windshield Memoirs he has released a solid debut with a couple of strong commercial possibilities. I strongly recommend Windshield Memoirs in part because of what it is, but also in part because of where I think it might lead. Stephens has the makings of a great songwriter about him, and a delivery and style that will endear him to audiences in person or otherwise. Windshield Memoirs might just be the start of something wonderful.

You can learn more about Paul Stephens at http://www.paulstephens.com/. You can purchase a copy of Windshield Memoirs at www.cdbaby.com/cd/stephens4.
Posted by Wildy at 5:10 AM