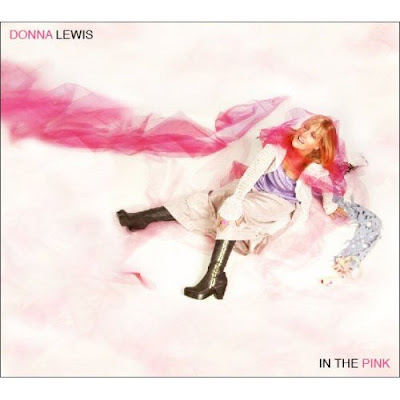 Donna Lewis rocketed to international stardom in 1996 with the hit single I Love You Always Forever. The Cardiff, Wales pop sensation racked up top pop honors on charts all over the world, and became the first artist to rack up one million spins on US radio with a single song. Lewis would release one more album (Blue Planet) in 1998 and work with several producers (Trevor Horn, Souled Out, Splattercel) on side projects before taking time out to be a mom. Donna Lewis was away for a long time, but in 2008 she returns with In The Pink on her own Peruzzi Music label.

Lewis still has great pop sensibilities, but working with different producers over time, as well as the experience of motherhood have both mellowed her and broadened her horizons. Donna Lewis has a very sweet, pretty voice with just enough texture to call attention to itself. That being said it's not a voice that will bowl you over, and much of the vibrant energy we heard a dozen years ago just does not seem to be in evidence here. The eleven songs on In The Pink are decent enough tunes, and Lewis has always been a pleasure to listen to, but the energy level is very muted.

There is one exception. Shout is a great pop tune. It's mellow but with an undercurrent of excitement. The dynamics still don't quite meet the subject matter of the song, but it is definite step in the right direction. In general, while I hate to say it, it sounds like Lewis is just going through the motions here. The songs are average, but a great singer can breathe life into average songs. Donna Lewis has that ability, but something just doesn't click on In The Pink.

All that being said, In The Pink is decent. It's a gentle, unobtrusively pleasant listen. It's just that it could have been so much more.

You can learn more about Donna Lewis at www.myspace.com/donnalewisofficial or at http://www.donnalewis.com/. You can purchase a copy of In The Pink at Amazon.com.

Nice blog, This is my first time visiting here.