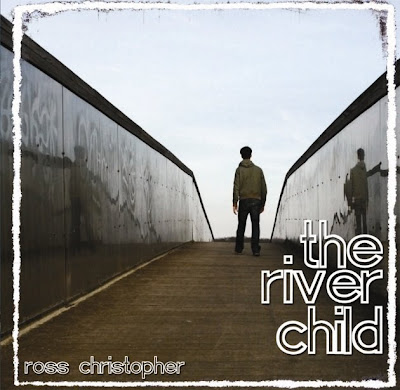 Ok, this is big. Not big as in its going to sell 10 gazillion copies (probably not), but big as in artistically and musically unique, unusual and satisfying. Ross Christopher is not a name I'd heard before (nor likely have you); but this might just be one of the more eclectically exciting albums to grace the market in 2008. Ross Christopher's The River Child soars at times like Radiohead, rages like Spirit Of The West and has a bare emotional component similar to Ben Folds' recordings.

The River Child opens with Two, sounding like something Jay Semko might have dreamed. The River Child has an airy brilliance to it that is disturbing and wonderful all at once. Blinded My Eyes (Wasting) delivers an ethereal rock sound that skates the chasm between Radiohead and late Pink Floyd. Be sure to check out Little White Anger, which seethes in its own discordance. Other highlights include Whispering Lilies, Amazing Grace and Perfect Sound.

Ross Christopher marches to the beat of his own drummer, not managing to sound exactly like anyone in particular while giving definite nods along the way. The River Child is the sort of album that folks may look back on in several years as a watershed moment, but I have a feeling it may not get the attention it deserves because it is eclectic and brilliant and just too good to be recognized for what it is. This is a Wildy's World Certified Desert Island Disc without doubt. Whatever else you check out musically in 2008, make sure Ross Christopher is on the list. You'll thank me. You'll see.

You can learn more about Ross Christopher at http://www.rosschristopher.com/. The River Child is due for release in September/October 2008. Keep checking about at Ross Christopher’s website for more specific release info.
Posted by Wildy at 5:10 AM