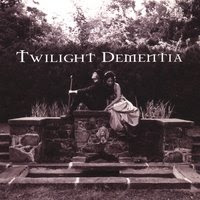 Washington D.C.’s Twilight Dementia is a deliciously eclectic CD that runs the gamut from Evanescence style stark hard rock to jazzy alt-funk without missing a beat. The urgent and sensuous voice of Jennifer Mendiola shines throughout the entire album, and the dark and electronically enhanced musical arrangements make for a stunning debut. Good Enough mixes gorgeous harmonies, a stark melody and layered song construction for a solid rock piece with a dance groove. No Way Out breaks out the crunchy rock guitar sound that you know hides in the heart of Twilight Dementia, playing off against a funk-lite verse.

Be sure to check out the cover of A Hard Rain's Gonna Fall. It's quite different than the original and very much worth a listen. Other highlights include Twelve Oceans, Gimme Shelter and Aftermath (my personal favorite).

Twilight Dementia has one of the more unique sounds I've heard. Navigating from ethereal to chilling and back like a pendulum appears to be second nature. Their debut album is a darkly pleasant surprise that will be a sonic joy to the ears. Lyric hounds will have a ball picking apart some of the imagery here. Make sure to check out Twilight Dementia.