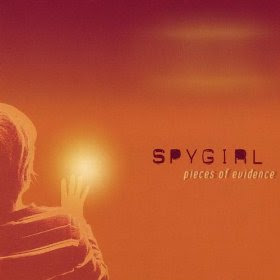 Vancouver’s Spygirl took eight long years to release their second disc. Their self-titled debut hit shelves in 2000. The band went through some changes over the years, but re-engaged with producer Tom Rothrock (Beck, Badly Drawn Boy, Sloan, Elliott Smith, James Blunt) to release 2008’s Pieces Of Evidence. Born of a longtime collaboration between vocalist Koralee Tonack and multi-instrumentalist Jane Gowan (no idea if she’s related to Styx’ Lawrence Gowan), Spygirl started out as Time Waits. The band is a collection of incredibly talented musicians, and Tonack’s voice is amazing.

Pieces Of Evidence opens with Come Out To Play, a down-tempo song about coming out of your shell and letting go of your fears, yet it sounds mired in a deep melancholy. Where Did Those Stars Come From has an almost ethereal, Mazzy Starr quality to it. Feeling Fine is ambivalence personified; a self-affirmation that is without real energy or life. The vocals and harmonies here are gorgeous, but the energy just isn’t there. Feeling Fine is, unfortunately, a microcosm of Pieces Of Evidence. Well constructed songs fed by pretty harmonies, a lead vocalist with a great voice, and little or no energy to drive it. Mellow and ethereal music are fine, but even mellow music has life and vitality to it. Spygirl comes across as a very talented outfit that just isn’t challenged by or interested in what they are playing. This is unfortunate because there are some wonderful elements here. And Spygirl even tries to make a late save with Be Lost and Weight Of The World, but it’s too little too late to hold on to the listener. The final track, Dust, is a reserved story song where Koralee Tonack really comes to life on vocals. It’s really a worthwhile performance, but most listeners won’t stick around that long.

You can learn more about Spygirl at http://www.spygirlmusic.com/ or www.myspace.com/spygirlspygirl. You can purchase a copy of Pieces Of Evidence at MapleMusic.com or as a download through iTunes.
Posted by Wildy at 5:00 AM