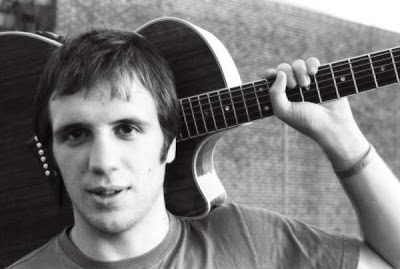 Patrick Coman is a singer/songwriter who draws comparisons to folks such as Neil Young, Gram Parsons and Ryan Adams. The Nashville native recently relocated to Berlin, Germany and released a 4-song EP entitled Used Records. Coman sings with a certain amount of soul and an imperfect voice (ala Neil Young), but hits all the right notes when it comes to touching the listener.

Coman opens with Streets Of Berlin, an ode to his new home that is both dark and hopeful in a wonderful acoustic guitar arrangement. Up next is Amsterdam, a heart-on-the-sleeve folk rocker featuring some excellent guitar work. Used Records is a song about the powerful connections we form with the music we love and the parallel between those connections and those we feel to people and places in our pasts. It’s an incredibly poignant song that’s a little off the beaten track philosophically but nonetheless based in truth. Maria is a stark commentary on the apathy of The Lost Generation (Well I’m walking down this low and lonesome street again / with the echoes of my parents’ revolution / between the bottles and the pills now there’s no need to get your thrills / from tearing down those old folks institutions).

Patrick Coman continues to build a following in Germany, where the hunger for protest music inspired by its 1960’s forebears is much stronger than here in the United States. Coman has a lot to say, and does so cogently in lovingly crafted arrangements that serve as perfect musical vehicles. Used Records is a strong release that deserves to be heard by many but probably doesn’t have a lot of commercial bite in the current music market. One might guess, however, that Coman is a pleasure to see live. I recommend Used Records highly as a disc worth checking out, but also recommend that if you happen to be near one of Coman’s gigs that you make the effort to get there.

You can learn more about Patrick Coman at www.myspace.com/patrickcoman or www.nimbitmusic.com/patrickcoman. You can purchase Used Records in digital format from Coman’s MySpace page as well as through iTunes and Rhapsody.
Posted by Wildy at 5:10 AM