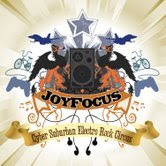 One of the best ways to live forever is to be immortalized in song. Such songs range from dirges to joyous celebrations of the life lived. I have to say that if I were ever to be so lucky as to be immortalized in song, I would hope it would be a song as dynamic and wonderful is Audrey Is Gone. It’s a soaring rock tune with harmonies that run halfway between Wilson Phillips and the Wilson sisters (Heart). Seriously, this one of the most moving (lyrically and musically) tribute songs I’ve ever heard. Princess Samantha is a positively themed pop/rock song about the social forces that encourage loneliness and the benefits of abstinence. Grey Day My Way (War Of Me) is a great, peppy rock tune with a socio-religious theme involving right choices and living.

Prayer is perhaps the best song on the album. Think classic U2 sound where the Christian philosophy is right out front instead of woven into the fabric of the song, and you have an idea of what Prayer is like. Salvation is a big rock/pop song about escaping the entrapments of thee world around us into something greater. JoyFocus scores big with a cover of The Eurythmics’ Here Comes The Rain Again. Other highlights include Halos & Flames, All That You Need and a reprise of Audrey Is Gone to close out the album.

I Had the opportunity to review JoyFocus’ previous release, Ultra Catchy Atomic Pop Interlude Volume 1, back in June of 2008. While that CD has some great things going for it (4 stars), it was clear that JoyFocus was still looking for a final element to their sound. It’s safe to say that on Cyber Suburban Electric Rock Circus JoyFocus found what they are looking for. Even with strong Christian themes, this may be one of most dynamic pop/rock albums to come across my desk in quite a while. JoyFocus is a musical force to be reckoned with, delivering a positive message through big, hook-heavy pop/rock songs that just won’t leave you alone.

You can learn more about JoyFocus at http://www.joyfocus.com/. You can download Cyber Suburban Electric Rock Circus exclusively through iTunes.
Posted by Wildy at 5:10 AM