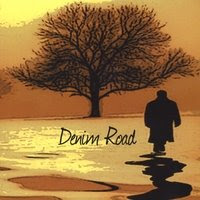 If you’re looking for a great mix of classic rock, R&B and classic Motown sounds, all wrapped up into something familiar yet refreshing, then follow Denim Road into their home town of Cincinnati, Ohio. A six-piece band with more musical experience than you can shake a stick at; Denim Road melds new sounds out of old, classic ones and captivates audiences along the way. Whether it’s playing covers or original material, Denim Road finds a little bit of magic every time they pick up their instruments. The band formerly known as Soul’d Out has been around for eight years. Guitarist/chief songwriter Jim Zuzow and vocalist George Harp have been the core of the band since its inception and they have surrounded themselves with some seriously talented folks. George Harp was the vocalist for the second incarnation of Starcastle in the early-to-mid 1980’s. Percussionist Craig Ballard has more than four decades under his belt in the music business, getting his start with Cincy favorites Cincinnati Joe & Mad Lydia. Kevin Ross (drums) has done time with I.C. Hot and Warsaw Falcons. Rounding out the band are Gary Grawe (keys/vox); Robbie Lewis (bass/vox) and the inestimable Jim Zuzow on guitar. In 2008, the band finally released their debut CD, Denim Road.

Denim Road are strongly influenced by the Motown sound, from soulful vocals to quasi-STAX style horn arrangements, there’s no doubt to what era and sound Denim Road pay homage. Sweet Soul Revival kicks things off with a Morris Day moment, and then an interesting thing happens. While the style and lead vocals are strongly influenced by Motown, Denim Road’s vocal mix comes across sounding like classic Journey. Listen to the harmony vocals on songs like Ready To Fall, Blue Highway and Follow Your Dream, and then go listen to Journey’s Wheel In The Sky. It’s a bit uncanny how much they sound alike. Probably my favorite song on the CD is the title track, Denim Road. This is classic 1970’s funk/soul at its best. Perfect Heart is also a pleasurable listen, with Latin Jazz guitar styling in an intensely melodic musical setting. Other highlights include Talk To Me and Burbank’s Blues.

Denim Road are a classic cover/party band who have transitioned to writing and performing their own music. Vestiges of the party band live on in their sound, and at times the listener isn’t sure whether the unusual hybrid of styles/sounds is simply Denim Road’s musical identity or left over vestiges of cover songs past. What is clear is that Denim Road has a very unique sound that shows real signs of having melded into something entirely its own. Denim Road is definitely worth a listen.

I've been following these guys since their inception some nine years ago and am thrilled and pleased that they have truely followed their dreams. This cd is a cullmination of a lot or determination,and a display that they truely have big hearts. They pushed through all the personell changes, the disappointments, and the nay-sayers to come out on top with a great work of art. Congratulations guys, I can't wait to hear your new release..Lew, Cincy,Oh.