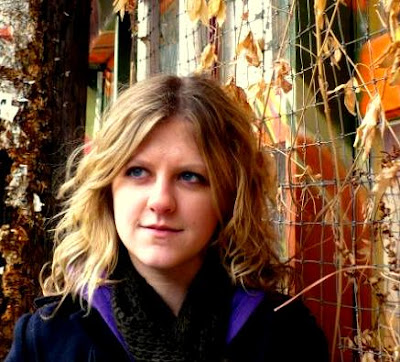 Darrelle London is one of the biggest surprises of 2009 for us at Wildy’s World, and we just couldn’t resist making her Wildy’s World’s Artist Of The Month for June, 2009. London is one of those artists who will continuously surprise you. With a voice that recommends an innocent sweetness she can hit you with an acerbic lyrical rush that will leave you breathless; all done with the impish smile of a child. London could be ultra-subtle younger musical cousin of Nellie McKay. Both artists have expansive musical and songwriting talent; employ wit in their songs and can deliver knockout blows with a smile, but where McKay is in your face London is subtle and refined.

With classical training in both piano and voice, Darrelle London quickly began to write her own material. Conquering the restaurant circuit in southern Ontario, London quickly became a force on the Toronto Indie scene. She has since gained significant airplay on college radio in Canada, and has made appearances at WinterFolk, International Pop Overthrow and IndieWeek Canada. London draws audiences in with her cute demeanor and blows them away with a distinct pop musicality and thoughtful and incisive lyrics that keep listeners on their toes. There is no such thing as a boring performance when it comes to Darrelle London; she enjoys performing and writing and it shines through on every note of every song.

Darrelle London gave up law school to pursue a career in music. It won’t be too long before that decision is officially vindicated. It’s rare for a talent of this magnitude to come along, encompassing songwriting, performance, personality, charisma and a pop sensibility that may just rival that 60’s quartet from Liverpool. Check out Darrelle London’s debut CD, Edible Word Parade, and you’ll see what I mean. Darrelle London currently has a handful of shows scheduled for Toronto and London, Ontario throughout the summer. Keep checking her website for more dates. We’ll be talking more about Darrelle London as the month progresses, so make sure you take the time to check her out. Learn more at http://www.darrellelondon.com/ or www.myspace.com/darrellelondon. You can also check out videos for her songs Understand and Two Roads on YouTube.
Posted by Wildy at 11:09 PM

Excellent choice. London's music is brilliant and she is sure to go far.

It won't actually have success, I consider this way.