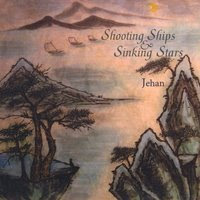 Sydney, Australia’s Jehan Gonsalkorale has been playing in the Sydney music scene for a number of years, from busking he has risen to headlining some of the larger establishments there. His songwriting shows a depth and maturity that is appealing, and his Folk/Rock sound has a strong commercial leaning. Jehan’s debut CD, Shooting Ships & Sinking Stars, was released in January of 2009 and is already causing a stir in his home market. It’s not improbable that this album will take far beyond Sydney.

Shooting Ships & Sinking Stars opens with Self-Portrait, and Jehan sounding like a cross between John Mayer and Jason Mraz. Better Than Two is a rhythmic, catchy pop/rock song that is lyrically dense and personal. Jehan has a strong voice with a little bit of an edge to it, but sings sweetly throughout. Jehan goes for the classic, finger-picked, singer-songwriter style on The Mind's Design. This is the most intelligent and most noteworthy songwriting on the album. Upon Closed Eyes grows from a Latin-flavored classical guitar opening into a gorgeous instrumental featuring guitar, cello and percussion. Coming from left field as it does, Upon Closed Eyes is an absolute breath of fresh air. Nine Lives closes out the EP on an introspective note, with Jehan's vocals sailing over the rhythmic guitar constructions he's built.

Jehan has a distinctive Pop tendency that he applies to his acoustic Folk/Pop compositions. With a strong, clear voice and an honest approach to songwriting, Shooting Ships & Sinking Stars is a real pleasure.

Learn more about Jehan at www.myspace.com/jehangonsalkorale. You can purchase a copy of Shooting Ships & Sinking Stars at www.cdbaby.com/cd/jehansounds.
Posted by Wildy at 5:00 AM