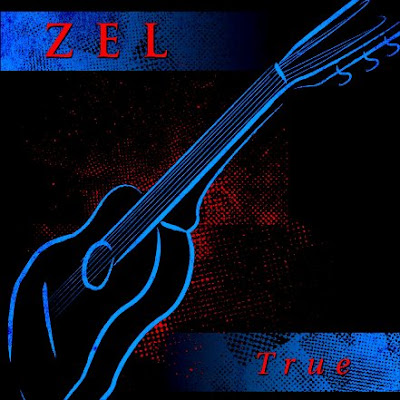 Hailing from Croatia and currently based in Queens, New York, Zel is a full-time practicing physician as well as a musician. Zel received a hand-me-down guitar from his brother at a young age and fell in love with the instrument, exploring his native folk music, the sounds of Jimi Hendrix, the flamenco style of Paco DeLucia and even the compositions of Francisco Tarrega. Later studying with Spanish guitar player Enrique Vargas, Zel cemented his highly melodic style that encompasses Flamenco, folk and new age sounds. Zel's debut CD, True, blends the organic sounds of his guitar, piano and percussion with an ambient electronic tapestry that is vibrant and unique.

True opens with the title track, driven by a light dance rhythm and percussive piano supporting a melodic flamenco style. The sound and style here are interesting, an energetic form that is too restive to be music and almost borders on a pop/electronica/new age hybrid. Kingdom has a dream-like ambience that finds Zel at his most melodic in a composition that that sways of its own accord. Libertas has a highly rhythmic feel that is a pleasant change of pace from the almost ethereal quality of Kingdom. Zel returns to that ambient quality for First, a composition that swells like a wave in slow motion, allowing you to hear all the movement underneath. First is an incredibly soothing piece that reminds me of some of the sonic landscapes that Enya works with from time to time.

Light is an interesting musical experiment, blending together the flamenco musical form Alegria with a Croatian folk song. The result is a bit messy but interesting, with Zel crafting a bridge between the two styles that is neither and both at the same time. Faithful has a bit more of a light pop orientation; sounding like a movement from a film score. Pearl features the Alzapua style of Flamenco guitar play and creates a bit of musical havoc along the way. The very busy guitar style in this song overcomes the melody in a fashion that can be a bit difficult to listen to at times. The guitar play here is technically stellar, but is so busy that it crowds the listener. Gate has a distinctive Middle-Eastern flavor to the melody, played in Flamenco style. This is far and away the most sonically interesting piece on the album, crossing boundaries as easily as measures, with the ambient backdrop acting as a perfect musical cocoon as Gate first clambers and then soars. Zel slows everything down a touch for Three Days, a darkly lit minor key composition that is surprisingly well done. The album closes out with a recording of Libertas at 140bpm, a kinetic musical experience that is better heard than described.

Zel has created a highly compelling instrumental album in True. The mix of Flamenco with World, Ambient, New Age and even Middle Eastern forms or styles will keep listeners thoroughly on their toes. Zel is a technical wunderkind on guitar who plays with heart and soul bared to his instrument. Zel did all of the work here, playing guitar, piano and percussion. True is a labor of love, and that spirit and dedication to the music shines through every note and every phrase. True is a must-hear album.