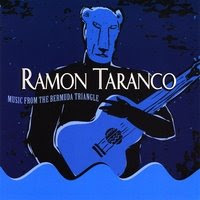 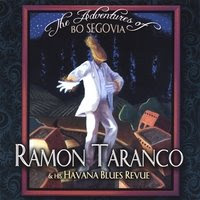 Ramon Taranco’s back story is impressive in itself. Born in Cuba, Taranco’s parents fled Cuba for political reasons on the verge of Castro’s Communist Revolution. Moving to Toronto, Taranco’s life would be forever changed by the appearance of The Beatles on The Ed Sullivan Show. Picking up a guitar and never looking back, Taranco moved from 1970’s hard rock through various styles under discovering the blues, and ultimately, nylon string guitars. Taranco went on to develop a highly personal style that is distinctive and unique. His debut album, Music From The Bermuda Triangle, was released in 1992 while Taranco was living in Toronto. Now living in New York City, Taranco released a 2nd recording, The Adventures Of Bo Segovia, in 2007.

Music From The Bermuda Triangle pens with The Snow Scorpion, a delicious flamenco tune with incredible movement and subtle yet profound shading. The minimalist support arrangement allows for just enough tension to really suck in the listener. Yoruba Cuba reminds me heavily of one of The Brothers Creeggan's more experimental pieces; Jazz, World, Cuban and even African influences can be heard in this incredibly dynamic piece. Mantiki I and Mantiki II seem to draw from South American musical traditions in highly rhythmic, danceable compositions. Tango Solito is a sneaky little tune that will wiggle its way into your subconscious. It's unusual to find an understated song with so much energy. Sugar Cane Rider is a high energy funk/pop hybrid with its roots firmly planted in the Motown tradition. This is an entertaining song with a high commercial ceiling. You'll also want to check out Hard Work and the title track.

The Adventures Of Bo Segovia finds Taranco evolving into a fine Blues/Rock writer with strong Jazz elements. The growth that occurred between Bermuda Triangle and Bo Segovia is notable, although not surprising given the 15 years that passed in between. Taranco isn't afraid to ignore musical boundaries when he comes across them. Babes Elusive is a smoky blues tune for the verses and a reggae jam in the chorus. Isolation Blues opens as an experimental jazz piece before evolving into a fusion of Cuban Jazz and Rock. While Taranco seems to enjoy in engaging in such novelty, he never sacrifices melody for the sake of sound; an admirable quality. Check out Spirit Of Muddy Waters; Mississippi blues gone electric in a highly listenable song. Other highlights include Ghost Dance, St. George Street Overture and Blues Keep Thrillin' Me.

Ramon Taranco is a top-notch songwriter and musician. Between Music From The Bermuda Triangle and The Adventures Of Bo Segovia there is a long drought of recorded material, but it's very clear that the drought wasn't a musical one. Music From The Bermuda Triangle shows a talented if raw songwriter with a highly experimental mien. The Adventures Of Bo Segovia shows a mature and subtle and truly come into his own. Both discs are recommended listening.