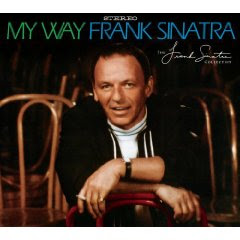 Also on May 5, Concord Records releases the 40th Anniversary Edition of Frank Sinatra’s classic album, My Way. With liner notes written by U2’s Bono, My Way holds a special place in American Popular Music. The song itself became Sinatra’s theme song, and the perfect epitaph for his career. The album reflected Sinatra’s attempt to stay hip amidst a torrent of changes in taste in popular music. My Way includes covers of Hallelujah I Love Her So, Mrs. Robinson and Yesterday. Included with the album are two previously unreleased tracks, a cover of Jean DuShon’s For Once In My Life (made popular a year earlier by Stevie Wonder) and a live version of My Way recorded in October, 1987 in Dallas. Even 40 years after the fact, this album is a stunner. My Way came at a point in Sinatra’s career when popular mores had left him behind. Record sales were declining and a wave of new artists were filling the airwaves. Sinatra would temporarily retire two years later for these reasons, but for whatever else was going on; Sinatra could take on any material and make it his own.

My Way wasn’t Sinatra’s best material over the course of a 5 decade career, but it’s a clear picture of an aging legend, still at the top of his game even though the game was changing. My Way should be a part of every music collection.

You can learn more about Frank Sinatra at http://www.sinatra.com/. The 40th Anniversary Edition of My Way will be released May 5, 2009, and is available through Amazon.com or wherever music is sold. You can also download the album through iTunes as of May 5th.
Posted by Wildy at 7:09 AM