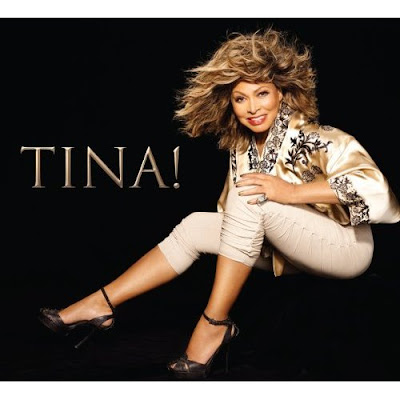 On September 30, 2008, Capitol Records released Tina!, a retrospective covering the highs of Tina Turner’s career. Bundled into the collection are two new tracks that have not appeared elsewhere. What do you say about a Rock & Roll Hall Of Famer and eight-time Grammy winner? Tina Turner has shown through quality and longevity what it means to be a superstar. The Queen Of Rock & Roll is touring between now and April of 2009. Tina! is either a great reminder of her hall-of-fame career, or an apt introduction to one of the ultimate Divas.

Tina Turner really requires no introduction. Anyone who has heard their ears attuned to the world of popular music in the last thirty years has seen or heard a great deal of her. Tina! is a retrospective of a career that grew out of a dysfunctional pairing (with husband Ike). Ike & Tina Turner were a popular duo, but once Tina Turner loosed the shackles of that doomed union her star really began to soar. Tina! has all of the watermarks of her storied career. Her biggest hit, What’s Love Got To Do With It is here, along with eighties classics Private Dancer, Better Be Good To Me and We Don’t Need Another Hero (Thunderdome). Tina! also pays homage to Turner’s early days with tracks such as River Deep Mountain High, Proud Mary and Nutbush City Limits. Two new tracks, It Would Be A Crime and I’m Ready, are also included on the collection.

It Would Be A Crime finds Turner in outstanding voice, although she sounds a bit out of place here. The song has very modern production standards that seem to belie the gritty, soulful personae that Turner has cultivated over the years. I’m Ready is more of a straightforward rock tune. We’ve heard Turner in songs such as this over the years and it is a comfortable fit although not anything earth shattering. And compared to the catalog that Tina Turner has developed over the years its not surprising that new tunes may not compare to the old stuff for long time fans.

Tina! is an apt collection from one of the true legends of Rock & Roll. Sixteen tracks of classic fare and two new tunes for the hardcore fans should serve as ample fodder to fuel ticket sales for her tour. This collection is the consummate introduction to Tina Turner for new fans.

You can learn more about Tina Turner at http://www.tinaturnerlive.com/. You can purchase a copy of Tina! at Amazon.com or wherever music is sold.
Posted by Wildy at 5:00 AM