CD Review: Abiyou Solomon - In Search Of My Roots Vol. I 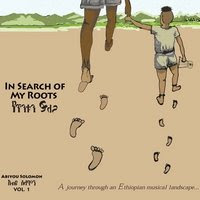 Abiyou Solomon is something of a musical ambassador for his native Ethiopa. Born in Addis Ababa, Solomon fell in love with the guitar through the influence of his brother, and quickly gained skill enough to begin playing in a string of bands in his home country. During the early 1980’s, Solomon made the switch to bass and soon joined the Ethio Stars, later transitioning to the role of arranger and session player. In 1991 Solomon joined Abyssinia Band which had some minor commercial success in Sweden and the requisite European tour. Since moving to the United States in 1995, Solomon has become a highly sought after touring musician. In 2008, Abiyou Solomon released In Search Of My Roots, Volume I. The CD is an exploration and celebration of music from eight different tribes native to his homeland of Ethiopa.

In Search Of My Roots starts out with Munane, a jazz hybrid tune that is pleasant although repetitive. As with all the other songs here the musicianship is absolutely superb. Shegu Lelawo is a Stax horn laden funk piece with a bass line you can really groove on. A strong composition based on a memorable melody drives this song. Erikum, the third track, is the first song to have anything like a traditional sound to it (at least in the opening), but evolves into a jazzy, bossa nova hybrid quite quickly. Bogge sounds like something you might have heard on Paul Simon's Graceland, and is very poppy.

Bola Dadda is the most stark and moving song on In Search Of My Roots. The vocals here sound like a cross between Middle Eastern and Celtic in style and are quite hauntingly beautiful. The song quickly takes a modern American turn however, and that really sums up the CD. I came into this expecting to hear traditional music as the title would seem to imply, but Solomon is exploring his musical roots in his current musical language which is largely Americanized. While the results are entertaining they were disappointing based on listener expectation. Abiyou Solomon is a very talented musician and it is apparent in this recording, but In Search Of My Roots, Vol. I ultimately didn't leave a real strong impression on me either way. It's a pleasant listen, but I left without a strong feeling about it either way.

You can learn more about Abiyou Solomon at www.aitrecords.com/108012.html. You can purchase a copy of In Search Of My Roots, Vol. I at www.cdbaby.com/cd/abiyou.
Posted by Wildy at 5:10 AM