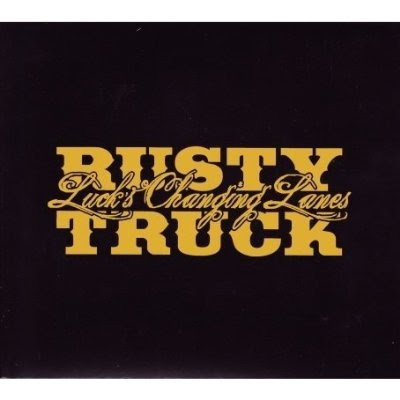 Talk about living a charmed life. Rusty Truck singer/songwriter Mark Seliger is a world-renowned photographer. He has his own studio in Manhattan's West Village and shoots for Vanity Fair and GQ. Starting in 1992 he spent ten years as Rolling Stone's chief photographer. While there he started writing his own songs. While working with Jakob Dylan, Dylan heard some of Seilger's material. Dylan was so impressed he took Seliger under his wing and showed him the studio ropes. The eventual result was an album entitled Broken Promises that was available as a limited release. That album has been reimagined and expanded into Luck's Changing Lanes. With writing and/or playing contributions from the likes of Jakob Dylan, Lenny Kravitz, Willie Nelson, Sheryl Crow, Gillian Welch, Rob Thomas and T-Bone Burnett, Luck's Changing Lanes is a superstar effort that will draw you in note-by-note.

Luck's Changing Lanes opens with Every Time, a commercial country/pop tune that has a Hootie & The Blowfish sound to it. Cold Ground is a straightforward mellow rock tune in the tradition of CSNY, complete with the requisite harmonies. So Long Farewell is a little more in the country camp, opening with a brief string crescendo before falling away into pure country melancholy. I have a couple of favorites here, one of which is A Thousand Kisses. This is the sort of song that could own the country charts with the right push and/or placement. Expect it to be significant mix tape material and probably licensed for a soundtrack or six.

New York Fallen Angel has a reggae sound with country vocals that casts a right curve into the Americana motif. Mark Seliger certainly keeps you on your toes as a listener. My other favorite track here, and probably the best song on the album, is Malibu Canyon. The song is infectious and has potential to be a strong concert anthem. The arrangement and harmonies make this song extremely commercial, although probably not for country/pop radio. Malibu Canyon is the sort of song you'd expect to hear in TV shows, movies and perhaps even commercials. You just can't get it out of your head once you've heard it. Other highlights include Tangled In The Fence and Never Going Back.

Rusty Truck is a rare late-blooming music success story. Mark Seliger found his way into music by the back door, but that doesn't reflect a lack of talent or musicianship. Rusty Truck has real long term potential. Luck's Changing Lanes is an outstanding introduction to a band that should be with us for some time.

You can learn more about Rusty Truck at http://www.markseliger.com/. Luck's Changing Lanes is available at Amazon.com and most major music retailers.