Creedence Clearwater Revival (CCR) has one of the quintessential stories of rock and roll. From 1968 to 1970 they were perhaps the single hottest band in rock and roll. By 1971 the band continued, but creative tensions and the loss of Tom Fogerty had changed them irrevocably. Misunderstandings between John Fogerty and the rest of the band perhaps got in the way of what could have been an incredibly bright future. The band put together a set of six albums (three of which went to #1) and eight top-ten hits in just three years. To celebrate the fortieth anniversary of Creedence Clearwater Revival’s first release, Fantasy Records has re-released the first six CCR studio albums in expanded forms known as the Fortieth Anniversary Editions (September 30, 2008). Each album includes live or alternative tracks not on the original plus apparent remastering of the original albums. 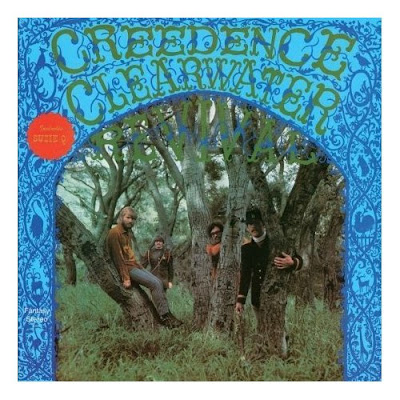 CCR released their self-titled debut in July of 1968, dropping right into the middle of a perfect summer for their down-home sound. Leading with a remake of Screamin' Jay Hawkins' I Put A Spell On You, the band landed two top-100 singles (the other, Suzie Q, peaked at #11), and Creedence Clearwater Revival peaked at #52 on the Billboard Pop Albums chart. All of this just a year after changing their name from The Golliwogs.

The 40th Anniversary Edition includes the original 8 tracks plus 4 live cuts (Call It Pretending, Before You Accuse Me, Ninety-Nine And A Half and Susie Q). The album appears to have been remastered and has a crisp, clean sound to it. The live tracks are the real treat here, particularly the cover of Before You Accuse Me. The live version of Susie Q turns into a fun nearly-twelve minute jam that pushes the clock just a bit. 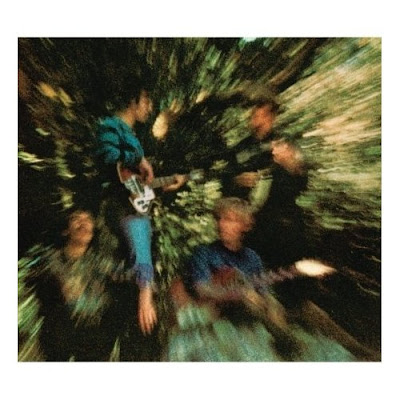 Bayou Country was a breakout record for CCR, charting as high as #7 on the Billboard Pop Albums chart. The album also included CCR's signature song, Proud Mary, which was a top ten hit in both the US (#2) and England (#8). Bayou Country also included that standouts Born On The Bayou (long an FM Radio staple) and a cover of Good Golly Miss Molly. It is also the first CCR album produced by John Fogerty. The Fortieth Anniversary Edition features the original 7 tracks plus an alternative take of Bootleg and live versions of Born On The Bayou, Proud Mary and non-album track Crazy Otto. The production values on the re-release are clean and the bonus tracks are great, particularly Crazy Otto. 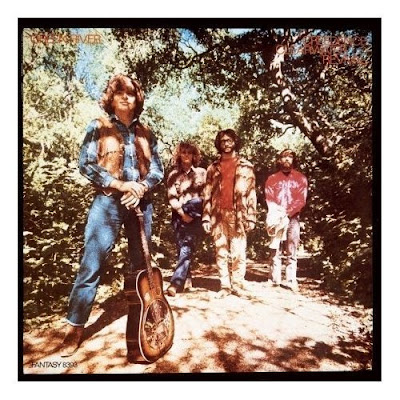 Green River is the first CCR album to make it to #1 on the Billboard Pop Albums chart and contained two top ten singles: Bad Moon Rising (#2 in the US, #1 in UK) and Green River (#2 in the US, #19 in the UK). Green River also included Commotion and Lodi, each or which charted in the US and a cover of The Night Time Is The Right Time. The Fortieth Anniversary Edition includes live versions of Glory Be, Bad Moon Rising, Green River/Suzie Q and Lodi as well as the instrumental Broken Spoke Shuffle. As with the other 40th Anniversary Editions the production is great and the bonus tracks are a treat. 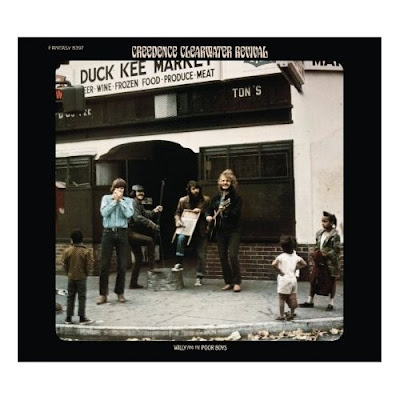 Willy And The Poor Boys was the third release by CCR in 1969 (although all three albums combined barely totaled 90 minutes of music). Charting in the top-10 in both the US (#3) and UK (#10), Willy And The Poor Boys may be the album most associated with CCR by name. Singles include Down On The Corner (#3 US, #31 UK), Fortunate Son (#14 US) and Cotton Fields, which reached #50 on the US country charts in 1982. Willy And The Poor Boys also included concert favorite The Midnight Special, Poorboy Shuffle and It Came Out Of The Sky. The Fortieth Anniversary Edition also includes live versions of Fortunate Son, It Came Out Of The Sky and Down On The Corner. This is my personal favorite CCR album, even though my two favorite songs are on other records. 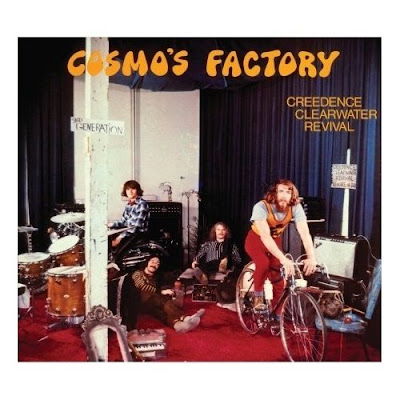 While Willy And The Poor Boys may be the most remembered CCR album, Cosmo's Factory was far and away the most commercially successful. Cosmo's Factory was a #1 album in the US, England and Australia. It stayed atop the US album charts for 9 weeks and atop the Australian charts for an unprecedented 20 weeks. Cosmo's Factory sparked 3 top-five singles in the US: Travelin' Band/Who'll Stop The Rain (#2 US, #8 UK); Up Around The Bend/Run Through The Jungle (#4 US, #3 UK) and Long As I Can See The Light/Lookin' Out My Back Door (#2 US, #20 UK). Most significantly, Cosmo's Factory also reached #11 on the US soul charts, an unheard of feat at that time. Other significant tracks here include covers of Before You Accuse Me and I Heard It Through The Grapevine. Bonus tracks on The Fortieth Anniversary Edition include a remake of Travelin' Band, a live version of Up Around The Bend, and a recording of Born On The Bayou capturing the band playing with Booker T & The MG's. 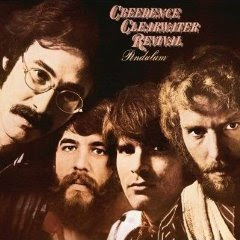 Pendulum marked a couple of departures for CCR. Musically, CCR embraced the horn-heavy sound made popular by bands such as Chicago. The other departure was in personnel: Tom Fogerty chose to leave the band after the release of Pendulum. CCR would continue as a trio but would never recover the commercial success that they enjoyed between 1968 and 1970. Pendulum reached #5 on the US album charts, #23 in the UK and #1 in Australia. Pendulum included two top-ten singles, Hey Tonight and Have You Ever Seen The Rain, each of which peaked at #8 in the US. Also notable is Sailor's Lament, one of John Fogerty's best non-hits. Fortieth Anniversary Edition bonus tracks include Parts I & II of 45 Revolutions Per Minute and a live version of Hey Tonight. 45 Revolutions Per Minute is a truly bizarre recording involving back masking and sound experimentation.