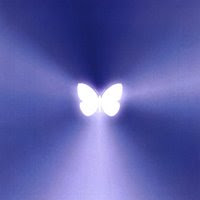 Victory Of The Spirit is a series of electronic virtual reality orchestra and chorale performances. It is unusual to hear electronic music used to create new classical compositions, but I wouldn't be surprised if it is something of the wave of the future. The compositional style ranges from overly simplistic to complex Stavinsky-esque orchestral movements. Beziat seems to have a strong feel for the chorale pieces in particular. While there are no words in these "sung" parts, they are among the most beautiful and enriching songs on Victory Of The Spirit.

After a short introduction entitled The Forces, Victory Of The Spirit moves into Crossroads. Lilting orchestration and strong themes lift this piece on air; it comes off sounding like something that belongs in a historical epic movie (think Braveheart). The Yearning Of The Soul is the first choral piece on the CD. It has a distinctly baroque sound and is hauntingly beautiful. Inner Work is a sonata for violin and piano and amounts to a musical light snack. Entertaining but not deep, it makes for a nice transition piece.

I would recommend The First Steps as a key piece on Victory Of The Spirit. The song combines aggressive orchestration and chorale parts in conjunction with huge themes and unusual song construction. This is the sort of composition a music theory class would have a ball with. From the high of First Steps we move on to Dance Of Eternity, where the theme becomes confused or muddled at times. This piece sounds like it started out as a great musical idea but never quite came to fruition.

Desert And Hope is another composition of note: Dark and resilient, it's a coming home of sorrows mixed with the stirring of hope. This piece is particularly moving and could be the sort of composition that would translate well to a real live orchestra. The Decision returns to the European choral tradition and serves as an appetizer to Perseverance. Perseverance is perhaps the keynote recording on Victory Of The Spirit. Igor Stravinsky's spirit dances through Perseverance as a musical mentor and catalyst.

Moving on to The Coronation, Beziat sends an interesting message. This Coronation is a celebration of necessity rather than of joy. The structure and energy of this piece could be interpreted as an intensely political comment by a cynical mind. We are given respite from this mechanical optimism by Spirit Of Freedom, which instills a distinct image of daylight breaking over the mountaintop and slanting into the long dark valley the inhabitants of our musical story have resided in.

Unfortunately, Beziat leaves us on a less than definitive note. Deliverance seems to be a confused closing. The thematic makeup doesn't exactly belie the title, but fails to fully support it. Deliverance is an enigmatic answer to an un-posed question that fails to shake the shade of ambivalence.

Marc Beziat has created an epic album full of some amazing and beautiful moments and a couple of songs that never quite actualized. The pulp that makes up the middle ground is solid compositionally and enjoyable to listen to. Hearing Victory Of The Spirit has left this writer wanting to hear Beziat's compositions performed by a full orchestra. My guess is that some things would need to be filled out or re-imagined to work in a concert hall, but on the whole Beziat's creation stands as solid work. Bravo.

You can learn more about Marc Beziat at http://www.marcbeziat.net/. You can purchase a copy of Victory Of The Spirit at www.cdbaby.com/cd/marcbeziat.
Posted by Wildy at 5:00 AM