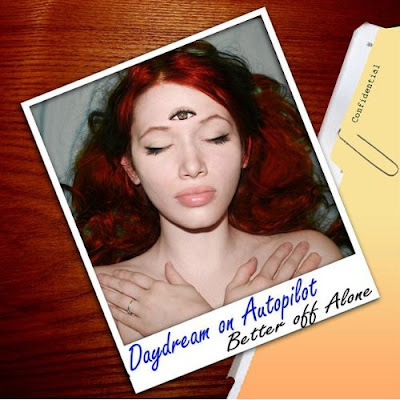 New York City's Daydream On Autopilot is a female-fronted power trio that includes everything from classically trained musicians to hardcore rockers. They are also a band with heart. Eschewing alcohol and drugs, they present positive messages in surprisingly hip alt-rock songs and frequently perform for organizations such as Character Counts and SADD. The band will release their debut EP, Better Off Alone on October 21, 2008. It is full of energetic and tuneful rock songs that are as vibrant as they are unforgettable.

Better Off Alone starts off with the title track, an energetic rocker that displays the tight interplay of the band and the vocals of Emii. Emii has amazing tone and strength in her voice, falling somewhere between Gwen Stefani in her No Doubt years and Amy Lee. What is most surprising is the versatility of Emii's voice. In a band that plays heavy/layered guitar rock it unusual to hear a vocalist with such ability and so little obvious vocal wear and tear. One has the impression Emii could sing most any style of music and do it well.

Step Aside is an incredibly commercial tune that might have strong licensing potential. There's A Fire Inside slows things down a bit. Lowering the volume and intensity of the music unveils Emii's voice more distinctly. The reward is a breathtaking set of verses that erupt into soaring choruses. This is a song that could chart on radio with the right push, particularly in light of the positive message of self-reliance. Dreams is something of a mellow blues ballad with a hungry, needful energy that devours the listener. The set closes with Probably Never Again, which blows the speakers out with a guitar/keyboard hook that hits like a tornado. This is the only song on Better Off Alone that features Jason Macheska on vocals and is a nice change of stylistic pace.

Better Off Alone is a massively commercial album that is movable on the basis of quality rather than through an attempt to commercial. Daydream On Autopilot is a bright young band on the rise. It is a name you'll be hearing more and more in the coming years, unless someone convinces Emii to go it alone in the meantime. Emii has superstar written all over her, and Daydream On Autopilot is more than good enough to rise with her. 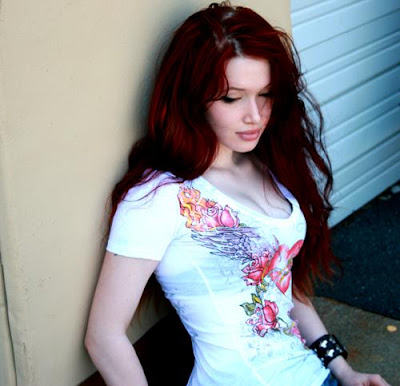 You can learn more about Daydream On Autopilot at www.myspace.com/daydreamonautopilot. Better Off Alone will be released October 21, 2008 and is available for pre-sale at Amazon.com and will also be carried by national retailer FYE. Daydream On Autopilot are performing at a Character Counts Block Party at Edgewater Park in Anderson, IN on 10/11/08. They will be doing a series of in-store performances (and signings?) at FYE stores in SW Connecticut, the northern suburbs of New York City and one in North Wales, PA between October 18, 2008 and November 2, 2008.
Posted by Wildy at 6:07 AM