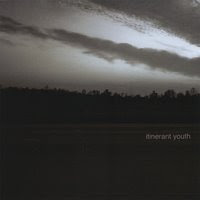 Do you remember the MTV ad back in 1983 or 1984 of the kid sitting in a big chair with sunglasses on? He's looking at the TV, his hair is blowing back in a wind that is coming from the TV and he looks like he's going to be blown away. You want to feel that? You want that sudden sensation of being overwhelmed in a musical experience? Nathan Singleton & His Sideshow Tragedy have just the medicine you need. Itinerant Youth, the band's second album came out in the summer of 2008. Are you ready?

Itinerant Youth has the urgency and lyrical smarts of a Bob Dylan or Ron Hawkins record, and vacillates from folky blues rock to urgent, breakneck story songs. Singleton has a talent for sharp, witty lyrics that are literate and poetic. Musically speaking Itinerant Youth is full of vibrant songs that take on lives of their own. Singleton & band have managed to capture a live-feeling sound on CD to top off well-crafted songs and outstanding musicianship.

My favorite track here is Pascal's Wager, a condemnation of the sort of false salvation and narrow-minded understanding that humanity sometimes imposes on religion. The song is intelligently written, incredibly musical and performed with an edge that is compelling. Singleton uses his raspy rocker voice to perfect lengths in a song that should be a concert favorite for years to come. A Pint Of Whiskey And A Pound Of Grace is a frantic acoustic-rock tune that is reminiscent of the sort of energy Bon Jovi captured on songs like Runaway before they went all corporate.

Leaving Texas is a quiet and introspective tune about crossing new horizons. The Ballad Of Stagolee And The Preacher Man is a retelling of one of the earliest stories about American gang violence. The song has an urgent quality that lends to credibility and vitality of this violent tale. The writing here is exquisite in both the storytelling and the musical expression. Other highlights include The Fog In The City, Please Forget Me and Thief In The Night.

Nathan Singleton & His Sideshow Tragedy have managed to capture the zest of a live show on CD, along with top notch songwriting and first class musicianship. Itinerant Youth is a musical force majeure that will overtake you if given the chance. In the old days of LP Records and needles you'd wear this record out. In the modern era the parallel would be getting Carpel Tunnel Syndrome from continuously hitting the back button on your mp3 player. Itinerant Youth is not an album you can afford to miss. It's a Wildy's World Certified Desert Island Disc, and an absolute must for your shopping list.

You can learn more about Nathan Singleton & His Sideshow Tragedy at http://www.sideshowtragedy.com/ or www.myspace.com/sideshowtragedy. You can purchase a copy of Itinerant Youth at www.cdbaby.com/cd/nsingletonahst.
Posted by Wildy at 5:05 AM