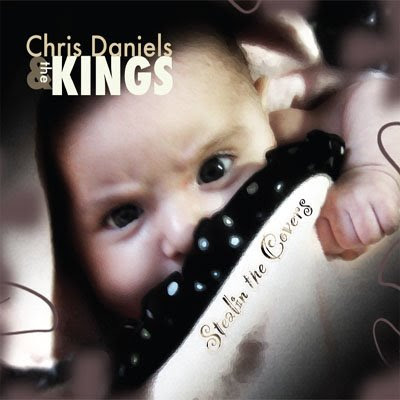 Chris Daniels & The Kings have released 10 critically acclaimed albums over a career that spans twenty-five years. Having performed for the Queen of Holland former President Clinton, they've also appeared on VH-1, MuchMusic and Germany's Onhe Filter. They've had two top-5 hits and had their music featured on the television show Men In Trees. Strangely enough you probably don't know who they are. In the words of William Wallace's uncle, we shall have to rectify that.

Chris Daniels &The Kings play old school rock and roll, American style. Roll Over Beethoven takes the Chuck Berry classic and gives it a Tower Of Power treatment that's unforgettable. Chris Daniels has a soulful rock voice that is perfect for most of the material explored here. The neo-swing of Choo-Choo-Ch' Boogie is worthy of Brian Setzer. Just Kissed My Baby is full of funk and Stax style horn work. Be sure to check out the cajun flavored In The Night, which may just be the best song on the album.

The cover of The Beatles In My Life is sweet and reverent without getting syrupy. Riding With The King is another signature moment on Stealin The Covers; Chris Daniels and The Kings rip this one up with unbridled glee. Other highlights include Crosstown Traffic; the Louis Prima class Sing, Sing, Sing and a classy Cool Yule.

Chris Daniels & The Kings show us master showmen sounds like on Stealin' The Covers. It is one thing to find your sound on your own material, but as an artist the ability to interpret and own material written by others is in some ways a more difficult talent to master. It is the mark of great musicians and a great showman to make the transition from songwriter to interpreter of the American Songbook. Chris Daniels & The Kings make the transition capably and leave us with an unforgettable collection of pop musical memorabilia. Stealin' The Covers is a gem.

You can learn more about Chris Daniels & The Kings at http://www.chrisdaniels.com/. You can purchase a digital copy of Stealin’ The Covers at Digstation.com. Hard copies are currently only available at shows. Keep checking the band’s website for more information as the CD will be available through more vendors shortly.