Review: Ace NoFace And The Misdeals 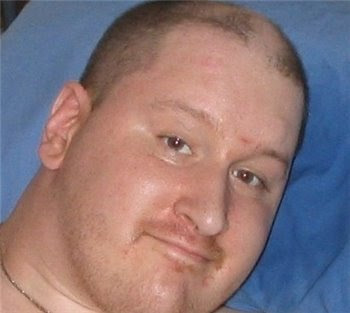 Ace NoFace is a term from the card game Euchre that allows a player to trade in a hopeless hand for a new one. Ace NoFace is also a songwriter/recording artist who’s been dealt a difficult hand. Instead of casting it in he’s chosen to stand, face into the wind and fight for what he’s always dreamed for himself. Ace NoFace was a bassist with a touring band when he learned he had Amyotrophic Lateral Sclerosis (ALS), better known as Lou Gehrig’s disease. Ace chose, in the face of adversity, to realize his dream of being a songwriter. Working for hours on adaptive equipment in his home, literally picking out one key at a time, Ace NoFace composes incredibly personal and inspired rock and roll that walks the line between Ben Folds and Keane. Ace has not release an album, but does allow download of songs from his website based on a PayPal donation (you decide what the song is worth to you). Once you’ve made payment you receive download instructions. Ace has submitted a demo of recordings to Wildy’s World for review. Here we go…

Ace NoFace opens with Whiskey Bottle, a song inspired by seeing the Eye of God on a Whiskey Bottle label during a manic episode. The song is somewhat haunting and is built around some unusual piano progressions and dark harmonies. Ace NoFace has a very smooth and pleasant voice that sets you immediately at ease as a listener. The harmonies he performs with himself on the recording conjure a sound that could never be replicated by a group of singers. It makes sense, but his unique tone in triplicate is chilling. Ego has a sound to it that is reminiscent of Billy Joel’s middle career. The song is comprised of minor key changes and dark, depressive lyrics. The song very much works, but is a bit of a bummer.

Snakes has a definite Ben Folds sound to it, although the Indiana Jones reference gets a bit cornier each time it’s mentioned. Ugly Stick is a great pop tune and makes me think of some of Kevin Hearn’s (Barenaked Ladies) solo compositions. Weird Idea (Of Having Fun) is built on a great series of piano hooks, although the song ends up being a little on the rough side. Other highlights include Spend A Dollar, Crazy Brave and What Kind Of Rock.

Ace NoFace has been dealt a hand that none of us want. Rather than wallowing in self-pity or self-doubt, he’s chosen a path that fulfills his dreams. The music on Ace NoFace has its ups and downs. Most of the songs are well constructed, with the occasional rough-edge tune thrown in. Two or three songs here are truly sublime and show the sort of heights we can hit when we go after our dreams, regardless of the circumstances. Ace NoFace has a voice you could listen to all day, a hauntingly beautiful tenor voice that will haunt your dreams.

You can learn more about Ace NoFace at http://www.acenoface.com/ or www.myspace.com/acenofaceandthemisdeals. You can learn more about Amyotrophic Lateral Sclerosis at http://www.alsa.org/. Ace NoFace does not publish his songs on CD, but maintains a Pay-What-You-Can philosophy on his website. Donations are made through PayPal (via http://www.acenoface.com/) and once the donation is made you receive e-mailed instructions on how to download your particular song. The donation is per song but no minimum or maximum donation is indicated.
Posted by Wildy at 5:00 AM