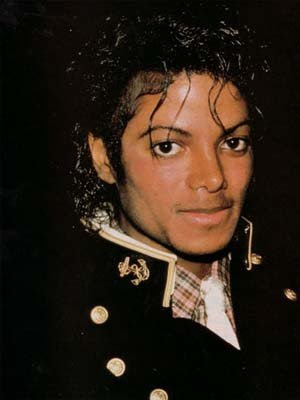 We here at Wildy’s World are saddened today by the news of the untimely death of Michael Jackson, who passed away yesterday afternoon from a heart attack that may or may not have been caused by a potent Demerol injection (I am certain the story will change several times over the next week). While we can’t find a whole lot positive to say about his personal conduct, particularly in the last decade or so, we can say that Jackson was, for a time in the 1980’s, the greatest thing to happen to popular music.

Jackson wasn’t, perhaps, the greatest songwriter of his era, but as a performer there was no one then, and perhaps no one now who can equal his presence on the stage in the mid-1980’s. Jackson rose to prominence as the lead voice of The Jackson 5, and though the late 1970’s and early 1980’s saw a brief fall off in his popularity, 1983’s Thriller went on to become the single best selling album of all time, with over 28 million copies sold in the US and perhaps as many as 100 million copies worldwide. Thriller spawned no less than 7 hit singles, and spent 39 non-consecutive weeks at #1 in album sales (80 weeks in the Billboard Hot 100). Thriller also garnered Jackson 7 Grammy Awards, 8 American Music Awards, 3 MTV Video Awards and was in large part a responsible for Jackson receiving his star on the Hollywood Walk Of Fame.

No one in the history of the music business has wracked up numbers like that. Jackson embraced the MTV video era when it was just beginning, and the medium loved Jackson. Videos like Beat It and Thriller helped define and stretch the boundaries for what you could do with a music video, and the musical production wizardry of Quincy Jones certainly didn’t hurt.

So whatever else you might think of the man, remember that he was a childhood star who never got to be a child. He was likely warped by the childhood abuse and push for stardom that is well documented, and spent much of the rest of his life trying to make up for it. Yet on stage, there’s no one, then or now, who could match Michael Jackson’s showmanship. So while we can’t excuse some of the developments later in his life, for today we just remember him for what he always was – a legendary performer.

Rest in peace, Michael. It’s the 2nd star to the right, and straight on ‘til morning.
Posted by Wildy at 6:07 AM

Quite effective info, lots of thanks for the article.