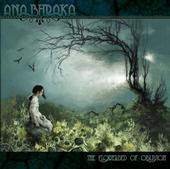 Ana Bhraka is a Canadian quintet with a decidedly dark yet accessible sound. The Ottawa band born as Year Of The Gone has taken their own path into the music world, digitally releasing their debut album, The Flowerbed Of Oblivion independently. The album is full of highs and lows, but is very much worth a listen.

The Flowerbed Of Oblivion opens with Firefly (A Quiet Moment). It is a simmering organic/electronic ambient mix featuring vocals with heavy effects and less of a melodic direction than an unfurling. At six and-a-half minutes long, Firefly takes forever to build through repetitive versus that do not seem to live so much as exist. 4:45 in we hear a bridge that offers a change in melodic direction, but even this is more a diversion than an escape. Flames picks up the pace somewhat, and is more of a alt-pop confection with heavy guitar layering. You Know has a great soul/funk vibe to it and surrounds itself with electronic instrumentation that borders on excessive at times. The guitar work is nasty and vocalist Jane Eliot is vocally at the top of her game here.

When you hear Eliot’s voice at its most raw, it's easy to get excited about this young artist. She's got a pop/rock sound that is pure gold: a silky dark alto that has a reckless beauty. Unfortunately on much of this material she comes across as uninspired of forced, like someone is making her sing these songs. It is really unfortunate as this voice is capable of great things. Check out The Night, for example, where Eliot strips everything down to an almost hopeful vulnerability. It's in moments like this where you can see where Ana Bhraka might go. Other highlights include The Flowers Of Oblivion, Underwater and All The Ghosts.

Jane Eliot is a talented singer, and Ana Bhraka is a talented band. From listening to The Flowerbeds Of Oblivion there is an almost a sense that they try too hard sometimes. When Eliot just lets go and sings and allows her natural sense of vulnerability come through she's an amazing performer. The more she tries to be or sound like something the less the material works. The Flowerbeds of Oblivion is a solid debut with some great moments and some that just don't quite work, but you have here a musical snapshot of an artist and band who are finding their collective voice. The pluses are worth listening to the material that doesn't work.

You can learn more about Ana Bhraka at http://www.anabhraka.com/ or www.myspace.com/anabhraka. You can purchase a digital copy of The Flowerbed Of Oblivion at Amazon.com. The band’s website would seem to suggest that a CD version is forthcoming, but I could not find one for sale currently on the web. Keep checking back to the band’s website for a hard copy release date.
Posted by Wildy at 5:00 AM

I have a hard copy of this album that says not for distribution on the back, i like the album it has a dark sound and image i really like. I can't find out any info on the cd i have, value or anything but i'm glad to have it in my collection until i decide to sell and buy something else lol.