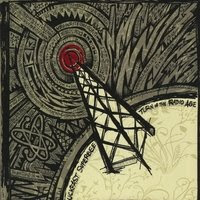 San Diego favorites Buckfast Superbee are coming for your hearts and minds on their sophomore CD, Turn Of The Radio Age. Their 2006 self-titled debut made a name for Buckfast Superbee, with song placements in Midway's MLB Slugfest (XBox & Playstation) as well as in the movie Heroes For A Day. Their debut rose to #2 on college radio charts, keeping pace with releases from the likes of Green Day and Modest Mouse. On Turn Of The Radio Age, Buckfast Superbee maintains the hard edge rock feel and delicious hooks that have made them the darlings of the aggregate SoCal Rock N Roll scene.

Turn Of The Radio Age opens with the title track, a brief prologue that mixes bleakness with beauty before crashing through into The Heavy Persuader, a driving modern rock anthem built on great hooks and a highly infectious melody. Denigration As An Art takes the three minute Pop/Punk song and raises it to the same lofty heights. Vocalist Timothy Joseph leaves it all on the CD in a song that soars and careens right into its closing notes. Buckfast Superbee takes on an almost 1980's aesthetic in Proficiency Breeds Modernization. The melody and arrangement ring true in a song about the downside (or downsize) of progress.

Gibralter examines the art of selling out, where an artists music becomes more about the meal ticket than the muse. Tilt-O-Whirl is a tremendous, high energy rocker consumed with the dichotomy of being a working/traveling musician and having a personal life. Buckfast Superbee is super tight here as always, and the song takes on a life of its own. Buckfast Superbee goes into something of a slumber in the middle of Turn Of The Radio Age before turning the lights on again with Spirit Of The Underachiever, a virulently melodic Punk rocker that will rattle around inside your brain for days. The album closes out with Pitch Vs. Rotation, starting out as a high repressed arrangement before blooming into big minor triad harmonies built over a plodding melody line. Pitch Vs. Rotation contrasts well as a slower song compared to tunes such as Automatic, By The Way Of The Valley and SPF 638.

Buckfast Superbee shines on the harder-edge; Punker tunes on Turn Of The Radio Age, and falters a bit on the slow material (with the exception of Pitch Vs. Rotation). Buckfast Superbee is ready for prime time as a Rock band, but it would be nice to hear them bring the energy that drives them through the faster and harder material into the down-tempo material. Buckfast Superbee will succeed as they are, but if they can make that transition no one will stop them.
Rating: 3.5 Stars (Out of 5)