Review: Textile Orchestra – For The Boss 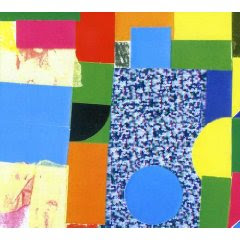 Textile Orchestra features Volcano The Bear’s Aaron Moore. Their latest release on Beta-lactam Ring Records looks to turn the amplifiers up to eleven with the biggest cacophony of sound released in 2009. For The Boss hits hard, heavy and early.

For The Boss features two untitled tracks, combining for approximately 45 minutes of delicious and delirious noise. This kind of music can't truly be explained except by allegory. If you've ever scene Kingdom Of The Spiders then stay with me for a moment. If you can imagine a version of the movie filmed from the Spiders' perspective with a soundtrack in Spiderish then you'll have an idea what the first track sounds like. Percussion in many forms chitters like an alien arachnid gone mad, while violin and other effects provide the incidentals. This is a pure experiment in the (vaguely) controlled chaos of noise. Track two furthers the image: imagine if the Kingdom of Spiders, having killed off all the humans, then went to war with the baboons of the earth in a deep and dark jungle setting. A torrential rain of coconuts befalls the spider army and yet they keep coming. Several battles could be covered by this track in brutal and epochal sonic detail.

For The Boss is a unique experience, going miles and miles beyond the experimentation of Pink Floyd and other such groups. This is seriously an acquired taste, resembling music only in vague allegorical constructs of sonic development. I recommend you close your eyes and let the sounds suggest whatever images your mind may put forth. We here at Wildy's World are not responsible for the contents of your psyche.

You can learn more about Aaron Moore at www.myspace.com/aaronmooretheaccidental. You can purchase a copy of For The Boss at the Beta-Lactam Ring Records website.
Posted by Wildy at 5:56 AM