Review: Sean Wagner - All The While 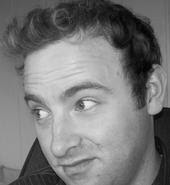 A few years back, Sean Wagner shed the city of Boston and a successful gig at the head of local favorites Fallback Crush for Portland, Oregon and a solo career. Wagner released his debut EP, Long Lost Photograph in 2008, and follows up this month with the full length All The While. Wagner’s lead track, Time Will Tell, has already been featured on Portland radio powerhouse KINK, and Wagner prepares set to build on the critical and popular Indie success of Long Lost Photograph.

Wagner opens with Time Will Tell, an upbeat, lilting waltz with horns. Time Till Tell is a great bit of Folk/Pop songwriting about moving on after a relationship ends (or trying to). The song is highly licensable. Warning Signs looks back on the flags that were there in the relationship all along; it works as an effective Epilogue to Time Will Tell.) Let's Go has a great acoustic guitar-driven bass. Fall is a decent tune, although the arrangement might be a bit too gentle given the lyrics. I enjoyed Yesterday, and particularly Next June. Next June is a bit awkward on the lyric side, but a great, lush arrangement effectively hides that flaw.

All The While displays Sean Wagner as an artist with pleasant, easy-going voice. All The While infuses Americana sound without getting mixed up in Country music. This is a backward looking album focused on the end of a relationship, and Wagner pours his heart out. Even the songs here that didn't entirely work have a lot of potential.
Rating: 3.5 Stars (Out of 5)

You can learn more about Sean Wagner at www.myspace.com/seanwagner or http://www.seanwagner.net/. Expect availability through CD Baby and Amazon.com as well as iTunes, although no specifics are available at this time. Keep checking Wagner’s website for more information!
Posted by Wildy at 5:10 AM