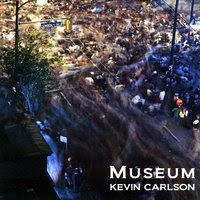 Kevin Carlson is an Atlanta, Georgia based performer whose roots run deep in the singer/songwriter tradition. Folks like Dan Fogelberg, Joni Mitchell and Kenny Loggins heavily influenced Carlson, who has been playing and writing songs primarily on a 12-string acoustic guitar since the 1970s. Carlson has seen some real success in the last year, with five songs licensed for use on MTV, Oxygen and E! in October of 2008. All five songs are available on Carlson's debut CD, Museum. Carlson has also seen his songs chart on internet charts such as UBL.com, where he was the #1 pop artist for 8 weeks in early 2009. Writing primarily from his own life experiences, Carlson touches on love, loss and the generalities of life on Museum.

Bethany's Wood leads off the album, a remembrance of a place Carlson played as a child which was itself a remembrance. It's an ode to simpler times and mourns what is often lost with progress. The song is a gorgeous and wonderfully written soliloquy motivated by a sentimentality that is real. With the bar set so high, Carlson delivers in fine style with Miracle. Carlson is an adept story-teller in song, here delving into the lost relationship between a father and daughter as the father sits on death's doorstep. Healing isn't always physical, and the miracles given to us aren't always the ones we ask for. Miracles is a breathtaking demonstration of both facts. Carlson lightens the mood with Hold My Hand, a sweet love song about how the little things can lift us the most. This is probably one of the best and least cliché love songs I've heard in some time. It could be taken as a simple request or a proposal; either way, expect Hold My Hand to be a mix-tape and wedding staple.

Carlson gets in a cute song about his pet pooch called Little Dang Dog. It's a love song that any pet owner will understand. Museum is about being in love for all the wrong reasons and the effects it can have on a person. The story is well told and ends on an empty note, much like the relationship it memorializes. Other Way Around is about the struggle a musician or business person who travels faces between the love of the road and the love of family ("because my heart is where my home is, it's not the other way around"). Other Way Around is a tremendous piece of song craft. Remains Of Yesterday and December Days both seem to focus on the need to look forward. Remains is a general song, whereas December Days is much more personal and deals with the death of a loved one. December Days has the potential to be a real tear-jerker, particularly if the story therein touches upon a story from your own life. Museum closes out with AnnMarie, a touching ode to imperfection and love. AnnMarie displays perhaps better than any song I've heard how sometimes it is the imperfections in the ones we love that bring out best in us.

Kevin Carlson has this ability to write deeply emotional and personal songs without slip-sliding into the Valley of Cliché or sounding like a false balladeer. Carlson shows a talent for turns of phrase and for memorializing people, events and places in song so well that each song breathes with their life's blood. His melodies and arrangements are ultimately pleasing, wrapping each story in a web of song that's irresistible. Carlson is a rare talent, and Museum is a gift. It's rare for a songwriter to have mastered melody, arrangement and lyrics as completely as Carlson has. Names that come to mind are Jason Plumb, Neil Young, Dan Fogelberg and Bruce Cockburn. Museum is a must have CD, a Wildy's World Certified Desert Island Disc. Make sure you spend some time with Kevin Carlson soon.

You can learn more about Kevin Carlson at http://www.kevincarlsonmusic.com/ or www.myspace.com/kevincarlsonmusic. You can purchase a copy of Museum at www.cdbaby.com/cd/kevincarlson or download a copy through iTunes.
Posted by Wildy at 5:20 AM