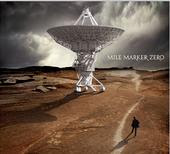 New Haven, Connecticut's Mile Marker Zero have been building to this moment since they formed in 2003. June 16, 2009 saw the release of a CD also entitled Mile Marker Zero. It's a mix of favorite tracks from their first 3 releases as well as newly written material. The new CD finds Mile Marker Zero riding a crest of creative depth and popularity that has been a slow-but-steady build over the last six years. Mile Marker Zero trolls the depths of Progressive Rock and Metal; everything from Rush and Dream Theater to Tool, Metallica and even Porcupine Tree. Vocalist Dave Alley is the ideal hard rock front man, able to shred the vocals when appropriate and sing almost lyrically at the other end of the spectrum. This is the album the makes Mile Marker Zero a name you'll remember.

Mile Marker Zero opens with the heavy, rhythmic guitar riff that announces A Thousand Nights. The song is constructed of free-wheeling verses that explode into a soaring chorus full of layered guitars and strong harmonies. Guitarist John Tuohy gives this song its heavy edge, while keyboardist Mark Focarile provides a swirling steadiness that holds the song on check. The rhythm section of Tim Rykoski (bass) and Doug Alley (drums) provides a solid and energetic base for the rest of the band to play off, both here and throughout the album. Laceration recalls some of the heavier rock that piggy-backed on Seattle's Grunge movement. The bass line to this song is killer, and Alley gives a vocal performance that's dynamic and alive. Alley reminded me a bit of the Tragically Hip's Gordon Downey on A Kiss To Fix. The sound here is a bit darker than on the first two tunes and perhaps a bit less accessible to the casual fan, but it's an intriguing piece of writing.

Passive shows a softer side to the band, a contemplative ballad for the first two minutes that slowly crescendos into a mournful power ballad. Crimson Red finds Mile Marker Zero in full-on Prog mode in the most dynamic song on the CD. The song examines war from a personal perspective, detailing the costs in human terms. The guitar work here in particular is notable, with Tuohy giving a performance that would make Malmsteen blush with pride. Maree is a more traditional power ballad, sure to make it to the mix-tape crowd, whereas In Loving Memory Of... is more of an epic ballad, with the sort of soaring grandeur that you used to find from groups like Styx in their heyday. Peril Aerial is a true epic, coming in at over 10 minutes and featuring some of the most inventive Prog work this side of King Crimson. Reaping Ride throws all caution to the wind; the guitar opening has the melodic metal sound practically patented by James "JY" Young of Styx but in a heavier setting than that band usually managed. The song itself is urgently driven in content but plays on the edge between classic and modern rock. Musically this is the most fun composition on the disc. Mile Marker Zero closes out with Hush, an acoustic composition that's quite beautiful and quite out of character with the rest of the album sonically. What is not out of character is the compositional depth, drawing on classical themes to construct a composition that could be played as easily in a concert hall as in a stadium. Hush is a true gift to fans, letting them see the depth of the talent Mile Marker Zero possesses both individually and as a group.

This sort of Prog Rock isn't going to find a lot of room on the radio dial, but there's a very hungry community of fans out there who love it, and if you're part of that community, then Mile Marker Zero is just what you've been waiting for. Fire up that CD, Maestro, I want to listen again.
Rating: 4.5 Stars (Out of 5)

You can learn more about Mile Marker Zero at www.myspace.com/mmz or http://www.milemarkerzero.com where you can purchase a copy of Mile Marker Zero.
Posted by Wildy at 5:20 AM