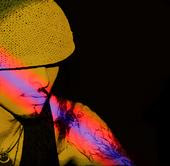 Steve McLeod grew up in a musical family with instruments lying around just asking to be learned and played. His studies started early with formal classical piano training. McLeod taught himself to play bass by watching tapes of Louis Johnson (The Brothers Johnson) frame by frame. Picking up the guitar a bit later on, McLeod was bit hard after discovering Jimi Hendrix. After playing for a number of years around his native Melbourne, Australia, McLeod recorded an instrumental album, but at some point in the mixing process became convinced that instrumentals were too limiting. The end result is McLeod's debut album, Human Uniform, due for an August, 2009 release.

Human Uniform is something of a musical mish-mash, mixing classic rock with R&B in unusual arrangements. Push The Pedal opens the album sounding like a cross between Jimi Hendrix and Michael Jackson with a bit of Prince and Lenny Kravitz thrown in. The song is musically creative but lyrically bland. Winter Love, along with Oblivious, fill the bill for generic radio pop/rock. Both are accessible and pleasant without making any significant, lasting impression. McLeod crests on Unknown Afternoon, a song with real potential held back by McLeod's tendency to try and squeeze too much instrumentation into the song. A less is more philosophy would work well here as it’s actually a pretty decent bit of songwriting. Everyone's Searching For The Beautiful Life is just a mess. McLeod tries out some interesting ideas musically here, delving into Prog territory with unusual progressions and atypical compositional structures. Ultimately the song turns into a stew of musical chaos; a binding together of musical shards rather than a coherent attempt to craft a tune. You'll also want to check out Skeleton In Human Form, a brief but valiant attempt to get back on track.

Steve McLeod wrote, sang and played everything on Human Uniform. He also self-produced. Songs like Unknown Afternoon suggest that McLeod can write, but I tend to think he was too involved in this project to hear it clearly. There's a tendency to try and do too much that runs throughout the album. McLeod is really quite good with the guitar, but often there's so much going on in the instrumentation you can't really appreciate that fact. Working with other musicians for recording and having an impartial ear at the board may help McLeod by building some creative tension into the writing and recording process and allowing more of his innate talent to shine through.

You can learn more about Steve McLeod at http://www.stevemcleodmusic.com/ or www.myspace.com/steviemyspace. Currently the only on-line outlet I could locate is iTunes, and they only have McLeod’s single, Push The Pedal. Contact Steve McLeod through his MySpace page for more info.
Posted by Wildy at 5:00 AM