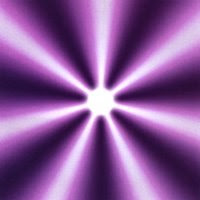 Marc Béziat is a composer of classical music who discovered his passion at the age of 28. Béziat taught himself at first, eventually realizing he needed more formal training if he was to progress. Enrolling in Polyphonies, Béziat studied for two years to learn compositional technique and technical skill necessary to express the music he carried inside. In 2007, Béziat felt he'd come far enough to be able to share the music he heard in his mind; Béziat took a sabbatical from his professional life and began writing Victory Of Spirit, which was released in 2008. Béziat is back with a new album for 2009 in Consolation. As with Victory Of Spirit, the music is created digitally, but it appears that Béziat has grown technically in the year between albums. Where Victory Of Spirit was clearly electronic, Consolation sounds much more like a live orchestra.

Consolation opens with the brief Prelude: The Secret Nuptials before launching into Edge Of The Lake Melody, a lilting major key melody with dark and moody undertones. Flute, organ and violin trade melody back and forth while the darker instruments in the orchestra provide the depths from which the melody rises. The Wound Healed alters the mood on Consolation distinctly. There's an element of worry or concern that edges into the song, as if the song portends some conflict to come. The chorus part in the middle of The Wound Healed is the first distinct indication that the instrumentation here is electronically created as it is very clear the "voices" are generated from the gently percussive action of a keyboard. The third movement is Solace, a pastoral theme that whisks away the burdens implied in The Wound Healed. The melody here is quite lovely if guarded.

Unification Singing is a magnificent composition with soaring highlights and choral lines that beg you to hum/sing along. The resolutions here are archetypal, paying tribute (perhaps unintentionally) in sound to some of the great choral works of the Anglican Church. Fraternity is a choral driven piece with a gorgeous sound that simulates the cascading action of a waterfall at times. It would be amazing to hear this song put to voice by a live choir, preferably in an old cathedral with lots of nooks and crannies in its architecture. Movement IV: The Allayed Walk, plays like musical prose, telling a story in tones rather than words. The violin carries perhaps the loveliest lines in The Allayed Walk.

Beautiful Nature appears to mimic the power for growth seen in nature; the darker elements of decay that come before rebirth aren't represented here, although there is a dark undertone that runs beneath the song that is perhaps the lurking if forgotten other side of life. Strings and clarinet tell their own stories simultaneously in voices that speak together without harmonizing. Movement VIII: Serenity, is the only composition here where it feels like perhaps Béziat ran aground at all. Serenity, for whatever reason, feels a bit forced, as if Béziat had a very specific idea of where he wanted to go with this one but could never quite realize it in sound the way he heard it internally. There are some great elements to the song, but something is missing. The IX movement, The Free Movement, sounds a bit like movie soundtrack material. The themes here are a bit more on the popular side (think Braveheart or some other period epic). The piece is quite well done, but is perhaps a bit out of context with the rest of Consolation. Béziat leaves us with a composition called Transition: Fullness; an uplifting and beautiful piece that balances orchestra and faux chorus on a musical pretext that's not quite a theme but which informs the melodic development of the piece. The composition is beautiful, although suggests (as does the title) that something more is to come.

And that would be welcome. For a late bloomer, Béziat is quickly growing into a distinctive voice as a composer. Consolation is a coherent works that flows from one movement to the next like a river of sound that was born of the earth rather than created at the hand of man. It's a matter of time before someone out there adapts one of Béziat's creations for live orchestra and chorus. Consolation would be a great place to start. It's a beautiful work.

You can learn more about Marc Béziat at http://www.marcbeziat.net/ or www.myspace.com/marcbeziat. You can purchase a copy of Consolation at www.cdbaby.com/cd/marcBeziat2, or you can download the album from iTunes.