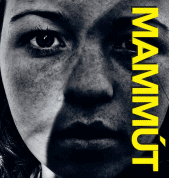 Reykjavik, Iceland’s Mammut is something of a musical anomaly. Composed of three women and two men, all in their early twenties, Mammut is quickly becoming one of the most distinctive and talented young acts Iceland has to offer. Mammut has already received mention from Rolling Stone, and their latest CD, Karkari, has produced three #1 singles in their native Iceland. Mammut made big waves at SXSW with an intense live show, and have toured with Belgian rock band dEUS.

Karkari opens with Endir, a frenetic and crunchy alt-rock tune that will make you want to get up and dance. Lead vocalist Kata sounds a bit like a cross between Kate Bush, Tanya Donnelly and Dolores O'Riordan, if you can imagine such a thing. Giempra opens with a vicious bass riff before turning into a fairly straight-forward Alt-Rock tune. Not speaking Icelandic I couldn't tell you what the song is about, but it's a great listen. Svefnsykt breaks out the Punk energy and allows Kata to sing and wail along with impunity. Gun keeps the energy high; Don't listen to this one in a tight enclosed space (subway, city bus, etc.) as you'll find yourself knocking into people around you. Dyradottir opens with a piano part reminiscent of Tori Amos. The piano sets itself almost in contrast to the more lyric vocal line in one of the highlights of the album. Eg Veit Hann Kemur Fljott has an urgent and mildly angry energy punctuated by some wonderful guitar riffs. Also be sure to check out Drekasongur and I Leyni.

Mammut has an interesting sound that might have real commercial legs. The language barrier is a significant one particularly in North America, but Mammut has enough going for them that with English vocals they could gain a lot of attention in the US and Canada. Karkari is an unusual, occasionally sensuous, occasionally hard rocking musical experience. Check it out.

You can learn more about Mammut at www.myspace.com/mammut or http://www.mammutmusic.com/, where you can purchase a copy of Karkari using PayPal, or you can download the album from iTunes.
Posted by Wildy at 6:00 AM

Just wanted to thank you for reviewing our album, it's great:)

I twittered about your site.