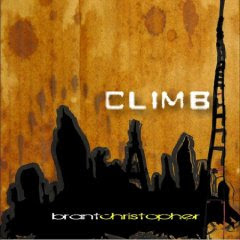 Christopher gets into the gear with the title track, a song about not giving up when times get difficult and striving for what's right. It's a soulful tune with a hard edge that's a surprisingly pleasant listen. Criminal sounds like it's written from the perspective of Jesus, an accusatory song that might be aimed at Judas. This is confusing because it seems out of character, and I am guessing there is another explanation for the song. Either way, Criminal is steeped in Funk and Soul and will make you want to dance. Didn't Know seems to speak about those who are in bondage or whose economic and societal circumstances leave them without any say in their own lives. It's a heartfelt song that is told more as a story than a testimonial and likely has more power for that fact. The songwriting here is very strong.

Grace is a song of praise and thanks to God for his love and forgiveness in spite of (or because of) the narrator's shortcomings. It's not your typical praise song, written as something of a country ballad. It's a great tune with real commercial potential (to give you an idea, if written as a secular love song this would be a big hit on Country radio). Not For Sale is a beautiful ballad steeped in the Christian belief that all people are saved through the Crucifixion and Rising of Jesus; ("Love is not for sale, the debts already paid, the trade already made. Love is not for sale, to the least of these it's free, and the least of these is me.") It's a great song, sure to be under-appreciated outside of Christian circles because of the content. Shoes For Margaret is an incredibly touching song about the sort of sudden total loss most of us luckily never encounter. It's a stark reminder of the fact that there are many places around the world where people don't enjoy the social and economic advantages we have here in the West. Christopher closes out with What Do I Know, a decent mellow pop tune about trying to forget someone who's taken themselves out of your life that's reminiscent of some of the adult contemporary singer-songwriters of the 1970's and 1980's (Dan Hill, Dan Fogelberg, etc.).

Brant Christopher has a slightly gravelly-yet-lyric voice that's a pleasure to listen to, and songwriting acumen that is its peer. There's strong Judeo-Christian content on Climb, whether simply inspiring songs to actual prayer/praise in song. Eschewing the trends of Praise music, however, Christopher chooses to tell stories and weave webs that inspire and may even change hearts. If you're anti-Contemporary Christian Music there's nothing I can say to convince you, but Climb is a wonderfully written and performed album. Brant Christopher is good enough to make it in the world of mainstream Pop, but chooses to live where he's most comfortable; where faith, music and social activism blend into one. He's onto something.