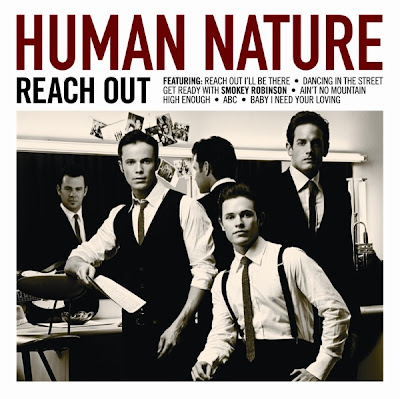 Forget about the world-wide follow or Las Vegas stage show. You know that any Motown/R&B cover band endorsed by Smokey Robinson has got to be good. Human Nature is that band. Starting out nearly two decades ago in Australia, Human Nature has taken a love of classic Motown music and turned it into a world-wide phenomenon with eight albums generation millions of sales in CDs, singles and downloads around the world. Originally known as the 4Trax Brothers, the band changed their name when they signed with Sony Australia. Human Nature went triple-platinum with their debut album, Telling Everybody (2006), earning support spots for Michael Jackson and Celine Dion for their Australian tours and being asked to stay on for European legs for both artists. Human Nature's stature continued to grow and they were honored to perform the Australian national anthem at the 2000 Summer Olympics in Sydney along with Julie Anthony.

Originally a boy band, Human Nature decided to try a more adult sound for their 2005 Australian release, Reach Out. Reach Out reached #1 in Australia and has been certified platinum five times over. Human Nature made their first adventure to the United States in 2008 with their Motown show, with a two-month stay at Atlantic City's Tropicana Casino. 2009 finds Human Nature with an extended engagement at Las Vegas' Imperial Palace Hotel, and the release of Reach Out in the United States.

Reach Out opens Reach Out I'll Be There, originally performed by The Four Tops. Human Nature could almost be mistaken for The Four Tops at the height of their game, and Reach Out I'll Be There is a spirited and faithful cover. You Keep Me Hanging On (The Supremes) keeps the vibe going; the harmonies here are spot on Human Nature keeps the song moving along nicely. Marvin Gaye's I Heard It Through The Grapevine hits the perfect notes on the arrangement, but the vocal line just can't compare to Gaye's original. Smokey Robinson himself makes a guest appearance on Get Ready; proving he can still sing but not really meshing well with Human Nature who threaten to overpower his sweet falsetto. One of the highlights of Reach Out is the cover of The Temptations' The Way You Do The Things You Do. This is a classic song that would be hard to ruin, but Human Nature is inspired and inject the song with a new energy that is virally infectious.

Human Nature packs in another highlight with My Girl (The Temptations); staying very close to the original but altering the vocal harmony work a bit and actually enhancing the sound. The Jackson 5 are represented here, a perhaps unwitting tribute in light of the tragic death of Michael; ABC is done with the vivacity of the original, but the original is so iconic that all covers fall short. Ain't No Mountain High Enough (Marvin Gaye & Tammi Terrell, Diana Ross) is decent; I didn't get the same sense of energy on this tune as on much of the rest of the album, but it still comes across okay. Dancing In The Street (Martha & The Vandellas) refreshes the classic tune with a chart-worthy performance, although it doesn't have the pure hubris of the Mick Jagger/David Bowie version recorded in 1985. Human Nature closes out on River Deep, Mountain High with guest vocalist Mary Wilson (The Supremes). This turns out to be the best track on the disc. Wilson can still bring it with the best of them, and Human Nature wraps their voices around hers in a bit of Motown heaven.

Reach Out is essentially a re-release, although it's new to audiences in North America. It's a first class cover album with an outstanding guest appearance by Mary Wilson and a strong one by Smokey Robinson. The way for this show coming to the US was likely paved by Broadway's Jersey Boys, and handles the classic hits of Motown in similarly reverential fashion. What a way to celebrate the 50th Anniversary of Motown; an album full of the spirit that Motown always exuded from folks who love the songs and treat them with the respect they deserve. Human Nature is a first-class vocal group, and the performances here are generally top-notch. Make sure you check out Human Nature's Reach Out; and if you're in Vegas, see the stage show!

You can learn more about Human Nature at their webpage or on MySpace. Reach Out is available on CD in North America exclusively through Barnes And Noble. Downloads can be purchased from iTunes. Reach Out will go into wider release on CD on February 9, 2010. Human Nature is appearing at the Imperial Palace Hotel in Las Vegas through May of 2010. Information about the show, including ticket info is available through http://www.humannaturelasvegas.com/.
Posted by Wildy at 5:20 AM