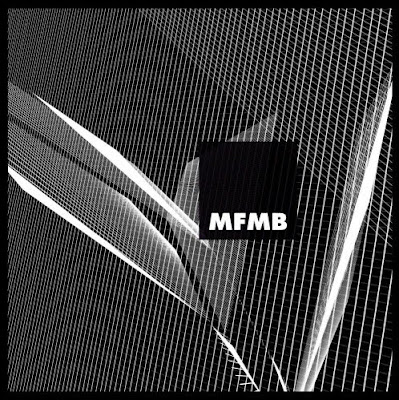 Hailing from Bollnas, Sweden, MFMB mixes acoustic and electronic elements to create a sound that runs somewhere between Daft Punk, Spiritualized, My Bloody Valentine and The Cure. Their debut EP, MFMB culls elements of each and crafts them into a dynamic if somewhat wandering musical experience.

MFMB opens with Anthill Man; a lyrically confuddling but ultimately danceable bit of electro-rock that sounds a bit like something that Dieter might dance to on the old Saturday Night Live sketch Sprockets. It's a pleasant tune; just don't expect a lot of sense on the lyrical side. Control gets a bit more electric guitar involved in the mix, blending hard rock and house styles quite well, actually. The song does get repetitive in both structure and lyrics, but is very listenable and highly danceable. The Fine Detail I had a hard time getting into, but MFMB stormed right back with Tune On, a jaunty bit of EuroPop dance music that will likely have some real legs on the club scene. I Would Give It To Anyone is a languorous pop tune that is certain to inspire somnolence in listeners, but MFMB rebounds once again on the closing track, Heat Like This, with a Pop/Dance tune that seems inspired by the work of The Cure.

MFMB strikes me as a band whose output is generally aimed at the Club scene. The sound is probably more generally marketable in Europe than in Middle America, but MFMB should be able to make big inroads in places like New York and L.A. There's a distinct melancholia that hangs over MFMB, creating a bit of cognitive dissonance with the trend of moderate tempo dance tunes, but MFMB generally makes it work. Not a bad start.

You can learn more about MFMB at http://www.thisismfmb.com/ or www.myspace.com/thisismfmb, where you can purchase a copy of MFMB directly from the band.
Posted by Wildy at 5:00 AM