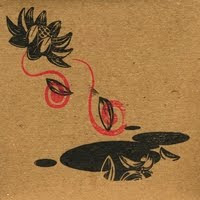 Beth Bombara And The Robotic Foundation is a St. Louis, Missouri Folk/Rock band earning comparisons to everyone from Beth Orton to Bettie Serveert and The Breeders. Bombara has toured with Samantha Crain and The Midnight Shivers and was even invited in 2006 to an artist residency on Martha's Vineyard. She continues to pursue multiple musical outlets, also performing solo and as part of the duo Cassie Morgan and the Lonely Pine. Bombara turns her folk instinct to the Rock N Roll world on Beth Bombara And The Robotic Foundation, a highly confessional and straight forward Alt-Rock/Folk album released in 2009.

Beth Bombara And The Robotic Foundation opens with Lights, an angst-filled song that seems to vacillate between a failure to realize one's own potential and failing to maintain the potential of the world around us. The song is well written; dark and melancholy in tone but with an edge that retains your attention. Beautiful You is the questioning hope of someone who finds herself face to face with everything she wants and not able to believe it. The song is full of the angst and self-doubt of low self-esteem, yet dares to hope that the "impossible" is really true. Anonymous is a plodding tale of reverse voyeurism that falls flat in its own abject despair. The pacing and energy here suggest a severe case of depression for the protagonist, who has somehow become enraptured with her watcher. The story is interesting, but the arrangement makes it difficult to appreciate.

Conversation is a song of regret, caught up in a relationship where the inhabitants don't connect; perhaps don't listen to one another. The seams are falling apart and the narrator is looking around to see what could have gone differently. Not The World takes an interesting turn, moving out of the sadness that pervades the first four songs on the EP and reaching for the hope of sunrise. She's escaping something that's hovered over her for a long time, and when she returns it's all torn asunder by flames. The EP closes out with Sorry, an admonishment to the one who inflicted all of the pain and sadness on the narrator throughout the songs presented here. She's telling him from a position of strength ("I'm already out the door"), that false apologies won't work. It's actually a great tune, muddled effectively with a rock arrangement that shows the conflicted nature that still underlies the song despite its powerful statement.

Beth Bombara And The Robotic Foundation makes a powerful statement on their self-titled debut EP. The general tone of the album is dark, but Bombara breaks out of her emotional prison on the last two songs and not only sees the light of day but the strength to face her jailer and call him/her out. I find myself uncomfortable with the album and yet drawn to it, wanting to listen again and again almost in spite of myself. This means that Bombara and company have not only created great music; they've created great art.

You can learn more about Beth Bombara at http://www.bethbombara.com/ or www.myspace.com/bethbombara. You can purchase Beth Bombara And The Robotic Foundation as either a CD or download at CDBaby.com.
Posted by Wildy at 5:25 AM