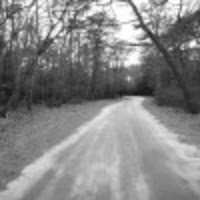 Kenny Young Project - Kenny Young Project
2009, Tommy Naples Music
Kenny Young's story is a common one in Indie Music these days. Young grew up around music, playing and singing in school ensembles before starting a band, Tribulation with his father and brother. Tribulation started out as a Classic/Southern Rock cover band but over time Young started writing originals and incorporating them into the how. Also with time came a wife and family and hard decisions. Young put music on the shelf for a 9-to-5 and steady paycheck, but the music never left him. Years later, with children mostly grown and becoming musicians themselves, Young stepped back on-stage and into the studio. His return EP, Kenny Young Project precedes a full length release this fall, and mixes the elements of Classic and Southern Rock that have fueled his music dreams from day one.
Kenny Young Project opens with We'll Find Love Again, a bouncy, upbeat Country-Rocker about getting up off the floor and trying again that was written for a broken-hearted friend. The song is infectious with a melody that will recur when you least expect it for days on end and has the hooks to break the wall of commercial Country radio with the right opportunity. Krazy is the by-product of quiet time on the back porch and a few beers; it's an entertaining song that will get your toes tapping and but a smile on your face. Waiting is pure mix-tape material; a love song that looks back over years together with someone special in a gentle arrangement. Young gets a lot of vibrato on the vocal here which could be a bit distracting for some, but the song is decent enough to overlook it. Carousel is a new version of a song Young wrote years ago for his first band, Tribulation. It's a curious entry, as it sounds like it was written by someone completely different, but then again, it was. Carousel is a strong song in its own right, but the perspective and lyrical acumen is more raw. Carousel therefore offers a great look at the development of Young over the years as a songwriter.
Kenny Young Project is a brief glimpse at what is to come, but if the EP is any indication, Young has more than sufficient talent to stay with us for a while. Young displays a deft touch with lyrics and an ability to craft gentle Country and Rock arrangements that go down easy but make you want to get up and dance. The presentation is a bit too wholesome for commercial Country or Rock radio, perhaps, but there is a definite pop sensibility in the songwriting that will hook casual listeners into fan-hood. Check them out!
Rating: 3.5 Stars (Out of 5)