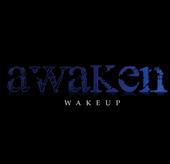 The Awaken Project was conceived by Sonya LaChelle as a way to take back Hip-Hop as an art form. Vulgarity, degradation and misogyny would not be allowed, but no subject was out of bounds. The project drew in a broad swath of talent, including artists such as Illgotti, Idiomz Da Prophesayer, ChesZarae and Wally B. Somebody. The result is an album entitled Wakeup, due for release on August 4, 2009.

Wakeup opens with Eternal E on Waking, a spoken word piece over an ambient arrangement that challenges listeners to see the world for what it is an not as the product of popular media constructs. E Z is up next with Street Knowledge, featuring some of the sharpest poetry on the disc: "Most of y'all are countin' sheep, watching MTV and BET when you should be watchin' the BBC / Hip-Hop is not your culture, cause it is dumbed down / Tell the homey pick up a book and put your gun down". The song stresses education as a cure for poverty and violence. Idiomz Da Prophesayer lays it on with Out Of Blame, a song that picks apart society for getting caught up in the blame game rather than trying to solve the social problems that effect real people.

ChesZarae touches on issues of abstinence with Quick Love, while Shofar and (((soundmind))) calls out popular culture in a remix of Hip-Hop Is Not A Culture. The mix here is a bit sonically disturbing, but the near freestyle rhyming is hot, intelligent and particularly meaningful in the present day. Sleepwalking keeps up the sonic dissonance with Illgotti calling out listeners to see the world for what it is and how they can change their circumstances (and the world around them). Nova Supreme outlines the decline of culture and humanity in Lives Are Took in very powerful and non-negotiable terms, speaking with the authority of a street professor. Sonya LaChelle chimes in with an acoustic R&B arrangement on It's Got To Be You!, providing harmonies in particularly that are absolutely divine. Wally B. Somebody provides my favorite moment on the disc with Walk It Out. This half prayer and half monologue is something of a witness for living a good life and staying on the right path. Wally B Somebody has strong religious convictions, but this would be powerful and real with or without the references to God. Aireez Darychuss closes out the set with Poetik Justiss, a catchy Reggae/Hip-Hop mix with real commercial pop.

Wakeup is a powerful collection of songs from dynamic artists who live their convictions in their music. This album may not have possible just a few years ago, but now has real social standing (based on content) and just might have strong commercial viability. Here you have a collection of artists standing up and saying what folks like Bill Cosby have been saying for a long time. Each of us is responsible for our own lives, and it doesn't matter what color your skin is, what your creed or nationality are; we all contribute to the world, and what we put into is what we get out of it. The time has come for the Awaken Project.

You can learn more about The Awaken Project at http://www.ausuree-ent.com/ or www.myspace.com/wakeup2009. Wakeup will be available August 4, 2009. Keep checking the MySpace page for the album for availability updates!
Posted by Wildy at 5:10 AM

Aireez DaRychuss said...
This comment has been removed by a blog administrator.
August 1, 2009 at 1:49 PM

Can you correct the spelling of my name within the article and tag? It is ChesZerae. Thanks!

How do I subscribe to your blog? Enjoyable posts & reviews!