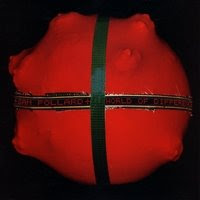 Melbourne, Australia’s Sam Pollard has been banging on the keys since he was five years old. Raised in England but relocated to Oz, Pollard began to bloom early as a musician, and was soon writing his own songs. 2009 sees the release of Pollard’s sophomore CD, World Of Difference. In a word, the album is amazing.

World Of Difference is an album with multiple personalities. Sam Pollard is a guitar rocker, a piano rocker ala Ben Folds, and occasionally a ska rocker ala Sublime. The currents change on World Of Difference as often as does the wind here in Buffalo. The result is an amazingly fluid and enlightening listening experience. World Of Difference opens with Better Day, a catchy "things will get better" anthem that's quite enjoyable. What To Do What To Say is a great love song with an unusual arrangement that's a bit rough around the edges but perhaps all the more charming for that fact. Not your typical love ballad but still a big-time mix-tape pick. Blah Blah sinks into a fancy bit of post-Punk Bubblegum Pop with real commercial potential. On Better Way, Pollard sounds like Ben Folds got locked in a studio with Queen and the horn section from the classic, late-60's/early-70's Chicago albums. The melody here is strong but the arrangement is pure genius.

The Other Side brings in a bit of Funk and Ska to the Ben Folds style Piano Rocker. Pollard shifts to Fold's influences on Out, hitting on big harmonies and Billy/Elton-esque themes before offering a fun and frolicking interlude on Earplugs. Whoops marks the transition to big guitar rock album and is probably destined to be a concert favorite. Save Me is probably one of the weaker tracks on the album but is built on a distinctive guitar riff that was worth following through on. It's actually a pretty decent song but just doesn't live up to the level of much of the rest of the disc. You Know is catchy to the point of being virulent. It's not a terribly complicated song but is quirky enough to break the Pop/Rock radio wall; this one has real commercial potential. Pollard returns to the Foldsian Piano Rock style on World Of Difference for a somewhat quieter epilogue to an album that ends up being a real pleasant surprise.

Sam Pollard is the real deal, and World Of Difference is destined to be an album that a lot of people are going to want down the road. An album or two in the future this guy is going to break out big time and people will be clamoring for his early releases. The two distinct musical personalities of Pollard co-exist here nicely, although the Piano-based rock is generally the strong of the two. World Of Difference is an album to put on your listen-to/get list. It's that good.

You can learn more about Sam Pollard at http://www.sampollard.info/ or www.myspace.com/sampollardmusic. You can purchase World Of Difference as either a CD or download through CDBaby.
Posted by Wildy at 6:10 AM

Wow, thanks very much for the great review! Keep up the good work. Sam.