Review: Abi Robins - A Conversation With Myself 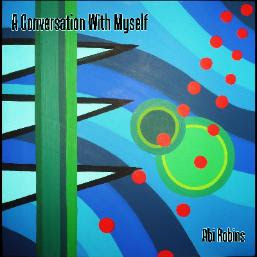 Abi Robins - A Conversation With Myself
2009, Morning Bird Records

Most people fall into one of two categories in life: those who follow the rules and those who break them. There is a third category that generally holds select company: those carefree enough to simply make their own rules and their own way. Abi Robins is of the latter ilk, choosing an Indie path that not only has served her well but has become a resource for other independent artists as well. Originally of The Winter Wakeup with singer/songwriter Jess Parsons, the Kansas-born Robins started her own record label, Morning Bird Records in 2008, releasing her Hey, Sunshine! EP as well as four EPs from other artists in less than one year. Robins now returns with her first full-length album, A Conversation With Myself, trading on a blend of Folk and Rock N Roll that's immediately comfortable without forfeiting an ounce of originality.

Robins opens the conversation with The Blue Waltz, a disarmingly honest anti-love song with passive-aggressive tendencies. It took a few listens but I really came to like this tune; it's a bit out of the box but very well written. Robins gives a delightful turn on The Drive, a quasi-escapist musical fantasy with melody that's to-die-for. The autobiographical quality of Robins' writing is noteworthy, wielding disarming candor with a deft touch that's part subtlety and part artistry. God And Science reflects a level of self-knowledge and a mix of disgust and acceptance at the narrator's inability to change in a great Folk/Pop arrangement that shows maturity well beyond Robins' years. If The Shoe Fits is a highly catchy tune about a relationship that's not working out; the peppy arrangement is the perfect foil to lyrics that are less than happy. You won't be able to get this song out of your head.

Robins treats listeners with a gentle instrumental entitled Battman, mixing Latin elements with Jazz and Psychedelia to create a pleasant sonic interlude. On This Easy, Robins follows an Americana path that's part Blue Rodeo and part Aimee Mann in a song about frailty and vulnerability of relationships and the sort of fear and bad decisions those states can engender. Once again, Robins displays a maturity and sense-of-self well beyond her years wrapped up with an ability to create a picture in song that's not only clear but lasting. Someday addresses the dichotomy of having an uncertain future with a certain end; mortality being set in stone but moveable in time and unpredictable. Robins examines this loosely from within the bounds of a relationship, applying the principle of uncertainty from life to the relationship and questioning the mortality of the same. The song is highly personal and honest, displaying ambivalence between hope and hopelessness that is striking. Robins closes out with Wanna Stay, a song of hope and resolution that counters the dark thoughts that run throughout A Conversation With Myself. Robins has spent the past forty-two minutes spilling the guts of her thought process for the listener's pleasure, including all of the dark uncertain thoughts that accompany being young and uncertain in a world full of questions and dangers that are only half-glimpsed and less understood, but ends with a resilient note that asks for more even if she isn't entirely sure what it is yet.

A Conversation With Myself shows distinct growth from Robins as a songwriter over her Hey, Sunshine! EP, delving into the dark nooks and crannies of her mind and baring insecurities and shadows that most people never see. For raw honesty and artistry the album is a 5-star effort. The writing and arrangement of music on A Conversation With Myself are top-notch, too, although there are some out there who will struggle a bit with Robins' vocals. Technically speaking there is a tendency for Robins to play fast and loose with pitch, particularly on the end of phrases. Robin's is never fully out of tune but certainly flirts with the concept consistently on A Conversation With Myself. Add to this Robins' voice, which has a dark beauty to it but isn't necessarily what you might describe as "pretty", and some folks will be turned off by this aspect of the disc. But Robins has a uniquely personal style that comes through that voice, and as a whole these vocal qualities add up to more than the sum of their parts, ala Bob Dylan or Neil Young. The end result is a listening experience that is unique and enthralling for its mix of artistry, beauty, and yes, it's flaws. A Conversation With Myself is a dazzling effort from Abi Robins; make sure you check it out.

You can learn more about Abi Robins at http://www.abirobinsmusic.com/ or www.myspace.com/abirobins. I was unable to find an online outlet for A Conversation With Myself, although you can stream tracks on her Robins’ MySpace page. Contact Robins there if you’d like to buy a copy, I’m sure you can work something out.
Posted by Wildy at 5:20 AM

My favorite song is Drive.....Love them all but that is my faborite