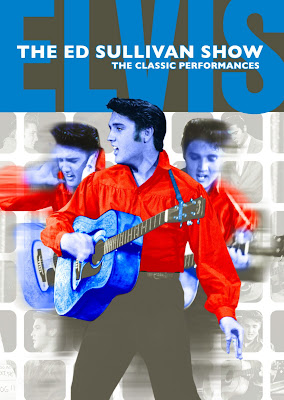 There was a King long before Michael Jackson's publicist declared him the King Of Pop. Elvis Presley remains one of the best-selling artists of all time, and retains one of the most loyal followings this side of The Beatles. Elvis was wild, raw and sang in a style that in his time was revolutionary. In a world that had never heard of television events, Presley made his first appearance on the Ed Sullivan Show on September 8, 1956, drawing a then-unprecedented 60 million viewers. Presley went on to appear on the show 2 more times, generating 15 performances and not a little controversy. For Presley's third and final appearance on the show, Presley sang ballads and a gospel tune and was filmed only from the waist up because of suggestions of indecency about his prior performances. You'll hear different versions of the story, everything from complaints about his wild hip gyrations to a coke bottle in his pants for one of the previous performances that gave an obscene impression. Either way, it was ratings gold. Image Entertainment finally does these performances justice; release all fifteen performances on DVD on Elvis: The Ed Sullivan Show - The Classic Performances.

On the DVD you get all three performances, (9/9/56; 10/28/56 and 1/6/57), each re-mastered and presented looking/sounding better when they originally aired. Songs include: Don't Be Cruel, Hound Dog, Heartbreak Hotel, Too Much, Love Me Tender, When My Blue Moon Turns To Gold Again and 9 other classic songs. The highlights for Elvis fans are in the bonus materials, which include a home movie of Elvis shot live on August 7, 1955. There are documents from the Graceland and Sullivan archives and a brief piece on why Ed didn't host Elvis' first performance. If you're a fan of Elvis Presley then this is a must-have compilation. If you don't really know a lot about Elvis, this is a great way to get a taste of what the man was like as a performer in his early days, as well as getting an impression of what Elvis-mania was really like. The DVD is in Black and White and runs only 47 minutes in length, but it's worth every cent.
Rating: 4 Stars (Out of 5)

You can learn more about Elvis Presley at http://www.elvis.com/. You can purchase a copy of Elvis: The Ed Sullivan Show – The Classic Performances at Amazon.com.
Posted by Wildy at 6:01 AM