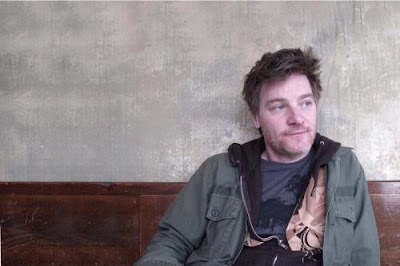 There are artists who are musicians and musicians who are artists. Actors, dancers, singers, sculptors, painters… they all reflect the world around them as they struggle through art to come to terms with their own personal demons. The good ones create something that evokes emotion in others. The great ones motivate others toward better lives. Occasionally one comes along that transcends these considerations, often times in spite of him- or her-self. Ron Hawkins is one such artist, and we are honored to feature him as Wildy’s World’s Artist of the Month for August of 2009.

Ron Hawkins has been a part of the Toronto music scene for the better part of two decades, first with Popular Front, which became Canadian icons Lowest Of The Low, and then in various solo projects. Along the way he has left a body of work that is highly poetic and articulate and often quite dark. Writing in both biographical and allegorical terms, Hawkins creates poetry that’s on a par with Bob Dylan, Tom Waits and Charles Bukowski. His worldview is often cynical and ironic, spoken in an intellectual proletarian voice and occasionally with a smart-ass grin, but Hawkins has an ability to make people, places and events come alive like no one else in popular music.

Hawkins is a member of the Independent Music Awards’ Indies Hall Of Fame as a member of Lowest Of The Low. The recognition of Hawkins’ solo material is more sporadic as he tends to write, record and perform in a voice that’s not ripe for popular radio. Nevertheless, album after album of high quality material has been his forte, and his live shows are things of legend. Add all to all of this his artwork in physical media (painting and sculpture), and a growing appreciation for what he has and Hawkins has begun to transcend expression for true creation.

Ron Hawkins releases his newest album, 10 Kinds Of Lonely, on August 6, 2009. Check out our review by clicking the link. (Also make sure to check out our review of his previous album, Chemical Sounds.) In about a week we’ll be publishing a rather personal and introspective interview with Ron Hawkins. For now, check out the reviews, and take a gander at http://www.ronhawkins.com/ and http://www.victimlesscapitalism.com/.
Posted by Wildy at 12:15 AM

Labels: Popular Front, Ron Hawkins, The Lowest Of The Low